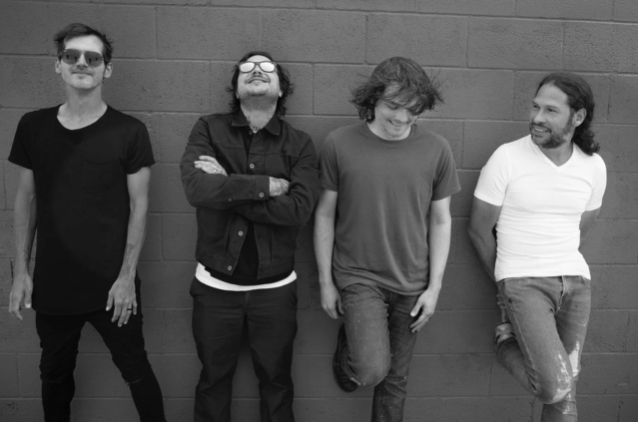 MY CHEMICAL ROMANCE Releases First New Song Since 2014, 'The Foundations Of Decay'

"See the man who stands upon the hill," frontman Gerard Way sings in the track. "He dreams of all the battles won. But fate had left scars upon his face, with all the damage they have done."

MY CHEMICAL ROMANCE broke up in 2013, three years after the release of its fourth studio album, "Danger Days: The True Lives Of The Fabulous Killjoys". A new song titled "Fake Your Death" arrived in 2014 as part of a greatest-hits compilation, "May Death Never Stop You". Since then, Way released his debut solo album, 2014's "Hesitant Alien", and several standalone singles. He also saw his award-winning comic book "The Umbrella Academy" adapted into a Netflix series.

MY CHEMICAL ROMANCE played its first concert in seven years in December 2019 in Los Angeles.

A full-fledged tour, which has been postponed several times due to the coronavirus pandemic, will kick off in Europe next week before eventually making its way to North America, and dates in New Zealand and Australia will then follow in 2023.

The North American leg of MY CHEMICAL ROMANCE's tour will launch in August.