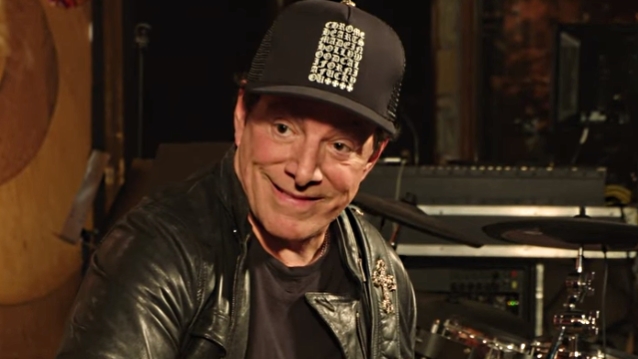 "Neal Schon's Journey Through Time" will perform all the greatest JOURNEY hits we've all come to love. They will also perform choice selections from their earliest recordings.

The band will play a warm-up show on February 22 at the Jackson Rancheria Casino in Jackson, California before the trek's official kick-off on February 23 at the Fox Theater in Oakland, California.

Schon and Rolie debuted "Journey Through Time" in February 2018 at The Independent in San Francisco to a sold-out crowd, performing songs spanning JOURNEY's entire catalog — including the first three albums, "Journey", "Look Into The Future" and "Next".

"Journey Through Time" will hit the road in February 2019 for the first time, celebrating JOURNEY's legendary catalog and rich history. Returning to their roots, the band will showcase songs from the very beginning — plus pay tribute to your favorite classic hits.

"We're really going to play anything that's in our repertoire — anything that JOURNEY has recorded," says Schon. "I plan on mixing it up a lot and not playing the same set. Stuff from our first three records — we're going to update that a little bit — and have some fun jamming!"

Explaining his decision to play shows away from JOURNEY, Schonwrote on his blog: "I was told by management [John Baruck] that we all would take all of 2019 off, except for possibly a few dates near the end of the year leading into 2020 and that Jonathan Cain [and] Steve Smith [had] other things they wanted to do. At that point, I decided to go out and have some fun with Gregg Rolie, Deen Castronovo, Marco Mendoza, Marti Frederiksen and Chris Collins and dip into our catalog — deep tracks (from the beginning and beyond)."

He added: "That, my friends, is the way it REALLY went down instead of trying to blame me for [JOURNEY] not playing [this] year."

Neal referred to Deen as "the baddest ass singing drummer on this planet," while Castronovo commented on his participation in "Journey Through Time", saying: "I will do the best I can with the songs you and I love, grew up with, and cherish. I'm no [Steve Perry] nor an [Arnel Pineda] but will try to honor the 'voices' and the legacy. I owe you all this."

JOURNEY and DEF LEPPARD's 2018 North American co-headline tour grossed $97.1 million from 1,003,198 tickets sold, according to figures reported to Billboard Boxscore. The trek included 56 dates across the United States, plus two shows in Canada. 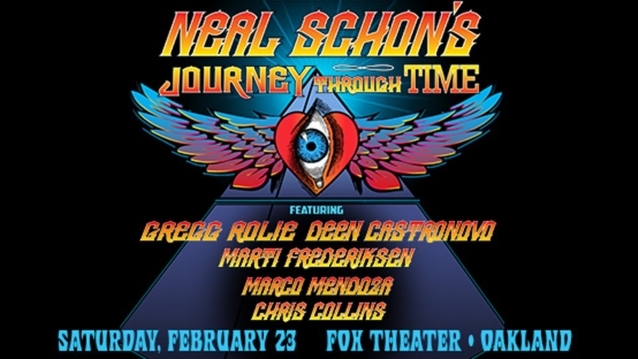