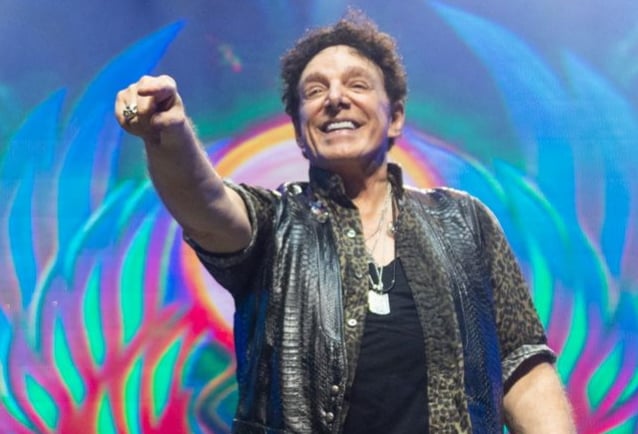 A couple of weeks ago, JOURNEY's co-founding guitarist hinted that Rolie would make an appearance on the band's upcoming trek, presumably in the place of longtime keyboardist Jonathan Cain, with whom Neal has been publicly feuding. But Cain later said that he would be hitting the road with JOURNEY despite Schon's suggestions to the contrary.

Neal set the record straight on Rolie's possible participation in the tour in a tweet over the weekend. After New York radio station Q104.3 said that it removed a JOURNEY article from its web site that erroneously suggested Cain welcomed Rolie's return to JOURNEY, a fan asked Neal if that means that Rolie won't be on the tour now. Schon responded: "Not at this moment. Both Gregg and I intend to shed some real light on the subject matter very soon."

Earlier this month, before the latest turn of events, Schon was seemingly much more certain about Rolie's participation in JOURNEY's upcoming run of dates. After Neal shared a graphic for JOURNEY's 50th anniversary on his Facebook page, a fan commented: "I am SO looking forward to this. Please tell me Gregg Rollie is coming along for the ride! He's the better keyboard player and a co-founder it only seems right. Timing couldn't be better either!!!!" In response, Neal wrote: "you'll be seeing him".

"Neal Schon should look in the mirror when he accuses me of causing harm to the JOURNEY brand," Cain said in a statement. "I have watched him damage our brand for years and am a victim of both his — and his wife's — bizarre behavior."

An attorney for Schon sent a cease-and-desist letter to Cain after he performed at Trump's Florida estate.

The latest legal move came a few weeks after Schon filed a lawsuit against Cain in California state court, alleging that Cain set up an American Express card without telling Schon and that "millions of JOURNEY funds have flowed through it." Cain, for his part, accused Schon of misusing the card, citing his "excessive spending and extravagant lifestyle."

A month earlier, former JOURNEY singer Steve Perry took legal action against both Schon and Cain, asking them to stop registering federal trademarks on the names of many of the band's hits.

Rolie was JOURNEY's first singer, though his role quickly diminished when Perry arrived in 1977. Gregg left JOURNEY in 1980, just before the band achieved its commercial heights.

JOURNEY's tour with TOTO will kick off on February 4 in Allentown, Pennsylvania. Presented by AEG Presents, the "Freedom Tour 2023" will make stops in Austin, Montreal and Memphis before wrapping April 25 at the brand-new Acrisure Arena in Palm Springs, California.

The 2023 run includes rescheduled dates in Washington, D.C., plus Hartford, Toronto and Quebec, which were postponed last year due to the coronavirus. 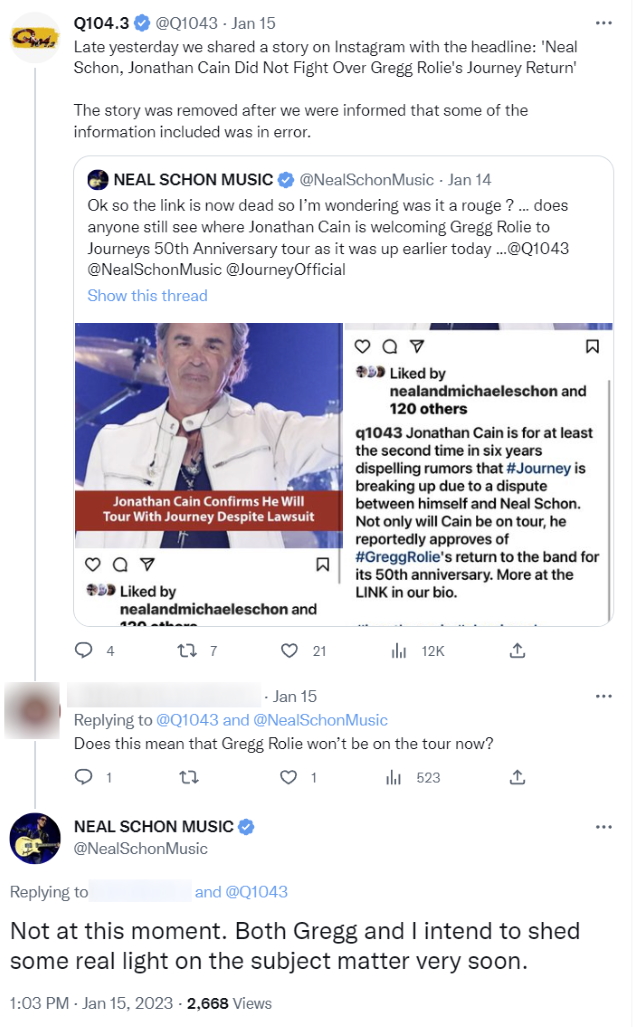