The long-delayed digibox from Stockholm, Sweden-based death/black metallers NECROPHOBIC, entitled "Satanic Blasphemies", will finally surface in April via Regain Records. The CD features material from the band's first two demos (1990's "Slow Asphyxiation" and 1991's "Unholy Prophecies") plus "The Call" 7" EP from 1992 and includes a poster and a patch. It was remastered at the Cutting Room by Peter In de Betou.

NECROPHOBIC recently finished recording its new album, "Death To All", for a May release via Regain Records). Songtitles set to appear on the CD include "For Those Who Stayed Satanic", "Triumph Of The Horned", "Wings Of Death", "The Tower" and "Revelation 666". 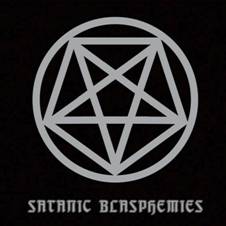