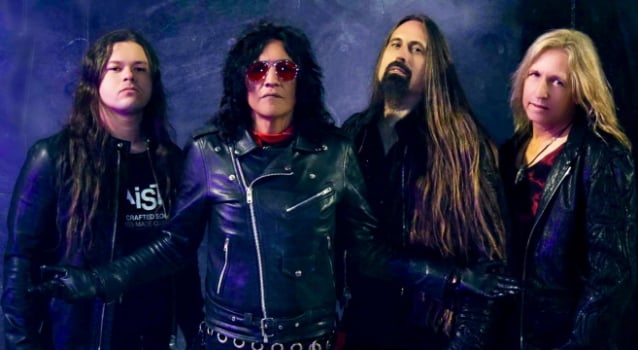 Says Torien: "I am so excited and proud of this amazing and rad song! We have been working diligently on presenting a new body of work to all of our fans that have been so loyal and loving to me and us all these years!!

"In life, God closes doors and opens up new doors to walk through with grace, excitement and passion!!

"I am so blessed to have an amazingly awesome and magical band that will blow everyone’s mind!!"

Adds Black: "I'm super stoked to unveil our new video/single to the world! We as a band started planning this a few days after our first show together, and it's absolutely incredible to see it coming to fruition. We assembled the perfect team of people to make it all happen and I'm grateful to everyone involved in the planning, execution, and belief in our vision. Also, a perfect title for the state of the world… Holy F*ck! Brace yourself!"