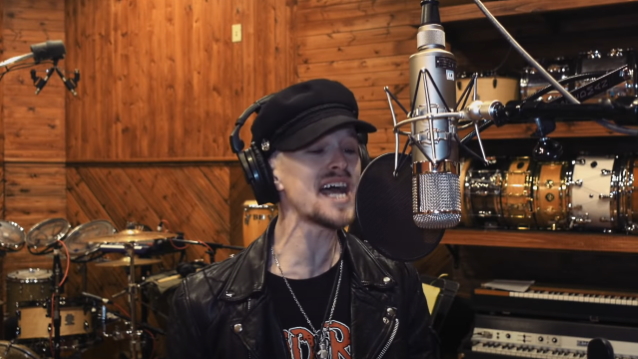 New SKID ROW frontman Erik Grönwall has uploaded a video of him singing a cover version of JOURNEY's "Separate Ways". The track was recorded at Tone Factory Recording Studios in Las Vegas, Nevada in between shows during SKID ROW's recent stint as the as the support act on SCORPIONS' "Sin City Nights" residency.