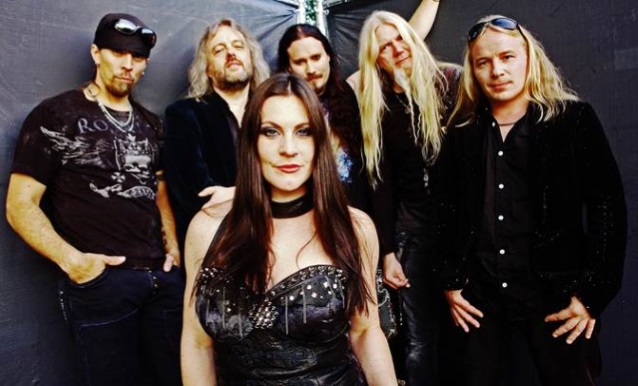 Finnish / Dutch / British symphonic metallers NIGHTWISH have finished recording the vocals for their new album, due in the spring of 2015 via Nuclear Blast. The CD is the first to feature Dutch vocalist Floor Jansen following the abrupt departure of the band's lead singer of five years, Anette Olzon.

Says the band: "We're getting closer to the end of these magical recording sessions… But this milestone in its process was celebrated with as much joy as the recording itself!"

Asked in an interview with Sweden's Metalshrine what Floor Jansen will bring to the next NIGHTWISH album, keyboardist and main composer Tuomas Holopainen> said: "She [will] bring a lot of interpretations, some arrangements and positive energy for sure, but she [will] not [be] included in the songwriting process. She told me that the first time around, she has [her side project] REVAMP and Marco [Hietala, bass/vocals] and I will do just fine for now." 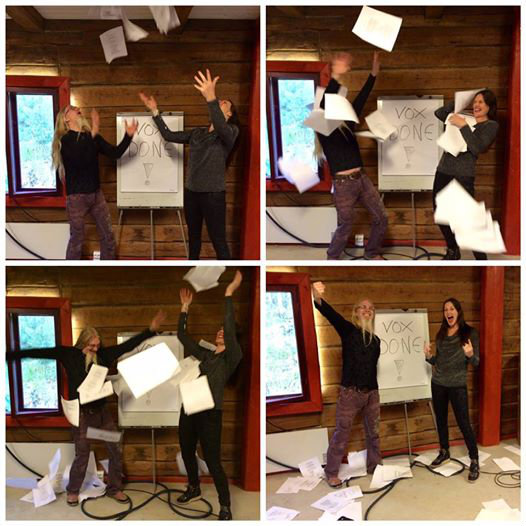