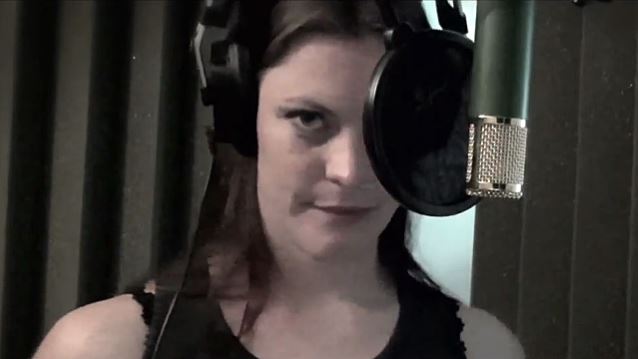 The thirteenth trailer for NIGHTWISH's new full-length album, "Endless Forms Most Beautiful", can be seen below. The clip sees the NIGHTWISH bandmembers explain the themes and inspirations for the CD.

NIGHTWISH keyboard player and main songwriter Tuomas Holopainen comments: "There's a kind of scientific approach to a lot of things on the album. Songs like 'Shudder Before The Beautiful', 'Endless Forms Most Beautiful', 'The Greatest Show On Earth' and 'Alpenglow' all somehow reflect the bliss of existence. It's temporary character. Evolution… Maybe you could even talk about the poetic nature of science. Natural science and its paradigm seem to represent something cold and boring to a lot of people. Hopefully we can illustrate with this album — that science can even be something profoundly spiritual."

Adds drummer Kai Hahto: "It's a perfect theme to an album. Like, how did we come to be? And when our time here is done, what kind of mark do we leave? It's a pretty amazing theme."

NIGHTWISH's new video, "Èlan", can be seen below. The clip was shot in Finland at various locations between September and November 2014, and it was directed by Ville Lipiäinen.

Commented Tuomas Holopainen: "The long-awaited NIGHTWISH music video 'Élan' is finally here. Inspired by the untold stories of abandoned places around Finland, the video was nearly a year in the making and features some of the most loved Finnish actors and actresses. And also the legendary NIGHTWISH symbol, a snowy owl (Bubo Scandiaca in Latin) called 'Urho' ('Braveheart')."

NIGHTWISH's new full-length CD, "Endless Forms Most Beautiful", will be made available on March 27 in Europe and March 31 in the U.S. via Nuclear Blast.