Florida death metal veterans OBITUARY will release their ninth studio album, "Inked In Blood", on October 28 via the band's new partnership with Relapse Records. You can pre-order the disc at Relapse.com.

OBITUARY's first full-length CD in over five years was recorded by the band this past April at its own RedNeck Studio in Gibsonton, Florida.

The song "Violence" can be streamed using the SoundCloud widget below.

"We always knew that our fans were some of the most devoted fans on the planet and they proved it by stepping up, being a part of something new and supporting us with our Kickstarter campaign," says the band. "This was an amazing display of true fan support and we could not be more proud of everyone who helped raise the money to record this album by pre-ordering it, buying all the cool stuff we offered and just being a part of something that we believe will be the way of the future. Now we have teamed up with Relapse Records to have them get this new album out there, in stores and available to the fans worldwide.

"We are very excited about our partnership with Relapse and are looking forward to working beside them with the release. They are a great label and super-cool people who have shown us that they are excited to have OBITUARY on their roster and are ready to push this album to its fullest potential." 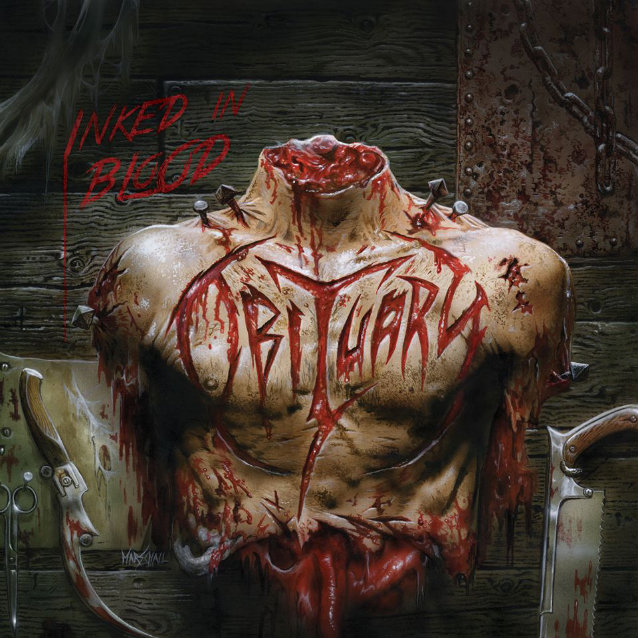