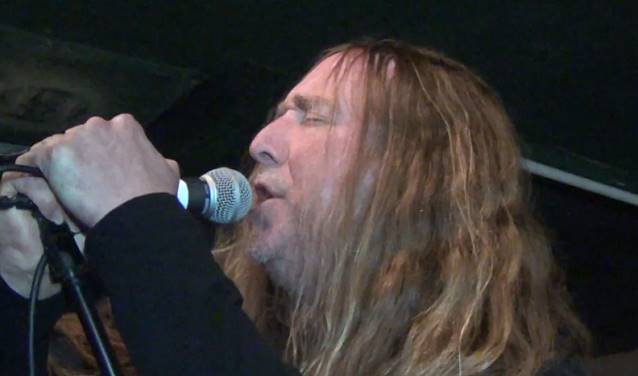 Fan-filmed video footage of the entire show can be seen below.

OBITUARY's setlist was as follows:

OBITUARY is celebrating the 25th anniversary of its landmark "Slowly We Rot" full-length debut.

The band last year offered up a pay-per-view, professionally shot live stream of its homecoming performance at The Orpheum which featured a pummeling all-classics setlist from its first three platters of brutality: 1989's "Slowly We Rot" 1990's "Cause Of Death" and 1992's "The End Complete".

Due later in the year, OBITUARY's new album is being recorded with the Kickstarter funding help of their legion of dedicated fans around the globe. The campaign was rooted in an honest desire to produce the next record on the band's own terms.

"If there's one thing that we've learned touring all these years, it's that OBITUARY fans are among the most loyal and supportive motherfuckers in the world!

"We've been trying to find better ways to engage with and give back to our fans.

"Over the past couple of years, we've streamed concerts live from around the globe, given away tons of merch packages and dozens of all-access backstage passes. It's inspiring to see and share in your excitement about OBITUARY, and the inspiration that provides keeps us going. This is about putting our trust, our music, our career, and our new album in fans' hands! We want to make music for the people who still come out to shows, still sport our gear, and still have a 'Slowly We Rot' cassette in their car."

Guitarist Ralph Santolla, who joined OBITUARY in 2007 as the replacement for Allen West, has not played any shows with the group since 2011.

OBITUARY's next album will be the follow-up to the "Darkest Day" full-length CD, released in 2009 via Candlelight Records.

"Darkest Day" landed at position No. 32 on the Top New Artist Albums (Heatseekers) chart, which lists the best-selling albums by new and developing artists, defined as those who have never appeared in the Top 100 of The Billboard 200. 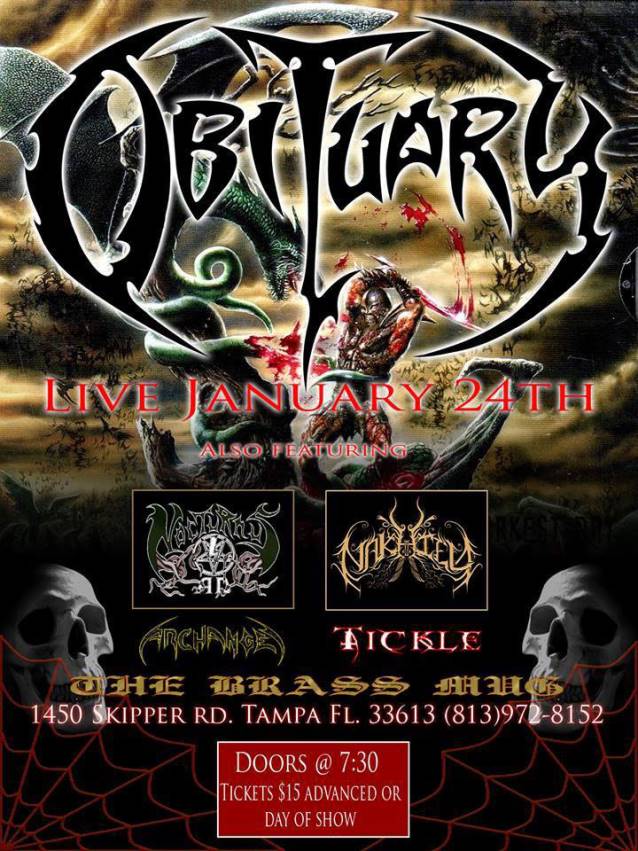