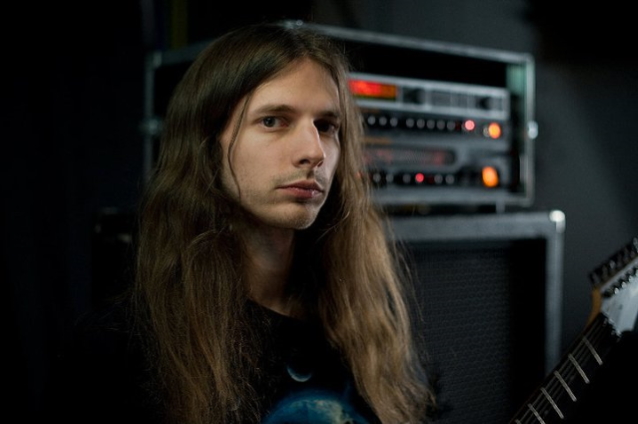 After a six-year break, guitarist Christian Münzner has rejoined German progressive death metallers OBSCURA as a permanent member. Münzner, known for his virtuoso guitar playing in extreme metal, joined OBSCURA in 2008 and recorded the band's critically acclaimed full-length albums "Cosmogenesis" (2009) and "Omnivium" (2011),both released via Relapse Records. He has toured the world, collaborated internationally with several groups as session player and is also working as guitar teacher.

Christian says: "I'm very excited to be back in the band. After my departure in 2014, I stayed very active on the scene in various formats, but I needed some time off from the busy touring schedule to take the time and learn to manage my hand issues, regroup my thoughts about my musical future and focus on some other matters that were going on in my life at that time. I'm happy to say I'm back with a vengeance and I feel I have taken my playing to a new level in recent years, and I can't wait to share with all the OBSCURA fans what we are working on at the moment.

"During my time away from the band, we remained in touch, and in recent years, I felt my interest in extreme music and the drive to write and play in that style resurfacing, it feels like everything came together at the perfect moment. I think we are having a very strong lineup and I am excited about the future of OBSCURA."