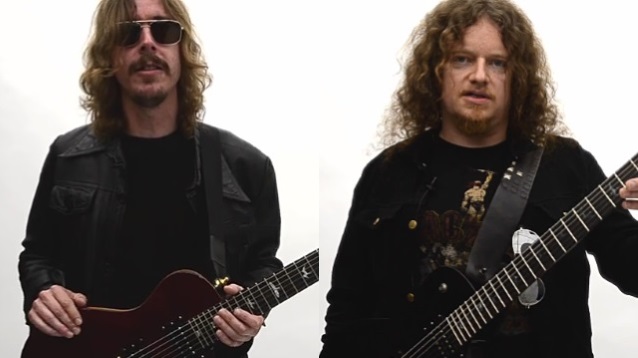 U.K.'s Total Guitar magazine caught up with Mikael Åkerfeldt and Fredrik Åkesson of Swedish progressive metallers OPETH at this year's Download festival to take a closer look at their PRS SE signature models. Check out the footage below.

"Pale Communion", which was produced by Åkerfeldt and mixed by longtime collaborator and PORCUPINE TREE frontman/guitarist Steven Wilson, was heralded by the lead single "Cusp Of Eternity". Pre-orders for "Pale Communion" made via the iTunes Store will receive an instant download of "Cusp Of Eternity" as well as a second album track, with multiple configurations also available via both the Roadrunner Records webstore and O Merch.