From the shadow of quarantine, and near the eve of the 20th anniversary of the multi-platinum, critically acclaimed debut album "Infest", PAPA ROACH has announced a special live-streamed event it is calling "Infest In Conversation", which will be broadcast on Saturday, April 25 at 1 p.m. Pacific time — 20 years since the day of release.

The album, which featured the iconic hits "Last Resort" and "Broken Home" plus fan favorites "Blood Brothers" and "Between Angels & Insects", will be the focus of the celebration and discussed with original drummer Dave Buckner for their first time together in 13 years. Also joining the broadcast will be surprise guests to reminisce, tell stories, and pay tribute to that era of music and the band’s breakout years.

PAPA ROACH's second full-length record and first major label release. "Infest" peaked at No. 5 on the Billboard 200 chart and has been certified triple platinum by the RIAA (Recording Industry Association Of America) for sales in excess of three million copies in the U.S. alone.

This past February, Jacoby Shaddix said that plans were afoot for PAPA ROACH to mark the LP's two-decade milestone. 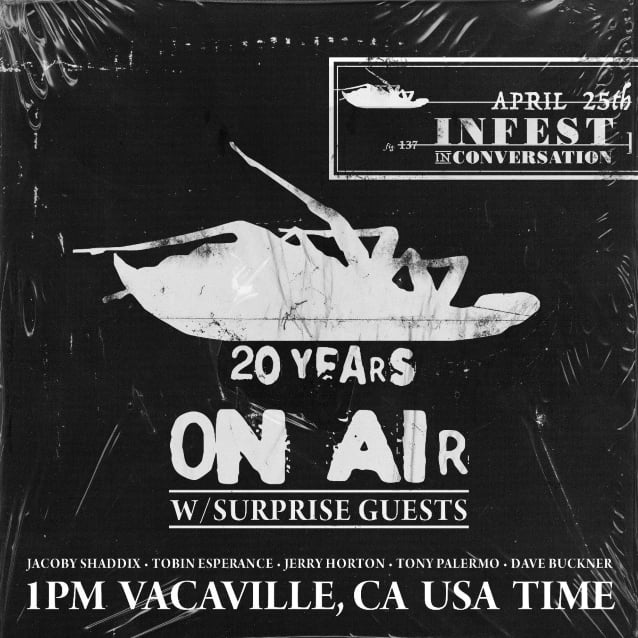