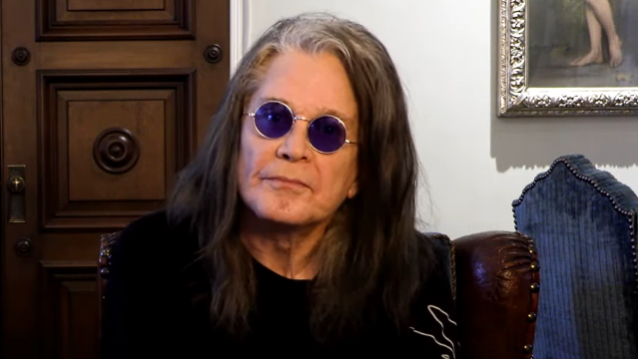 OZZY OSBOURNE Has 'One More Operation Left To Do'

Appearing on tonight's episode of Piers Morgan's TalkTV show "Uncensored", Sharon stated about the BLACK SABBATH frontman: "He's doing okay. He's got one more operation left to do and then he's dying to come back home."

It was reported earlier this week by Daily Mail that Ozzy Osbourne, who revealed two years ago that he was battling Parkinson's disease, had applied for permission for a "rehabilitation" wing at his historic Grade II listed home in Buckinghamshire, England. The extension will feature "an abundance of stopping and sitting" spaces, "discreet grab rails and aids" and "soft non-slip surfaces" as well as a self-contained nurse's flat. There is also a "pool house orangery", "garden room" and a "health and welfare exercise studio".

Last month, Mirror reported that Ozzy and Sharon were leaving Los Angeles and returning to their native United Kingdom due to rising taxes in California.

The 73-year-old musician and his wife will reportedly spend most of their time at their home Welders House.