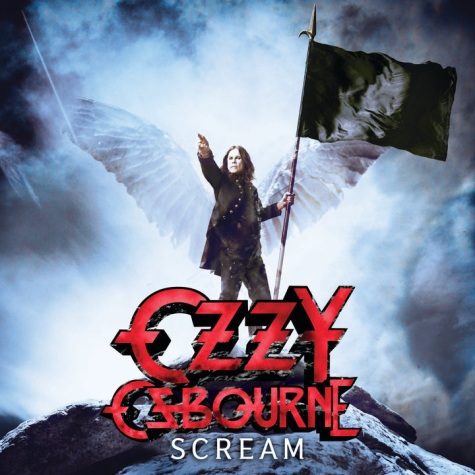 OZZY OSBOURNE's new album, "Scream", sold 81,000 copies in the United States in its first week of release to land at position No. 4 on The Billboard 200 chart.

Ozzy revealed in a new interview with Guitar World that alcohol was the reason he had to part company with longtime guitarist Zakk Wylde. The singer admitted that it was difficult to stay sober around someone who drank so heavily. Ozzy explained, "Zakk came in at the beginning of the new (record),but he was still drinking. When you're drunk and somebody else is drinking, it's OK, but when you're sober and somebody's blabbering away in your ear, it ain't."

Ozzy added, "I love his playing; he's one of the greats. But it was the drink getting the better of him. I couldn't watch him die. In one sick respect, it was good for me to see, because that's what I was like, and worse. Believe me, if I started drinking now you'd think, 'I've got to get out of here.' That's how I felt around Zakk toward the end."

Ozzy, who hasn't had a drink since 2007, says he heard that Wylde himself is now sober as well. He also insists the two are still friends, saying, "We're like family."

Wylde's replacement in Ozzy's band is Greek axeman Gus G., and Ozzy admitted to The Pulse of Radio that playing guitar in his band is a high-pressure gig. "Whoever stands in the shoes of another guitar player that's played with me has got a lot to achieve, you know," he said. "And no matter what I say to them, you know — Zakk was the new guy once, and Randy (Rhoads) was the new guy once, and Jake E. Lee was the new guy — it's got to be the hardest gig in the world after all them guys I've had, from Tony Iommi onwards, you know. I mean, the guitar players I've worked with in my career have been unbelievable, you know."