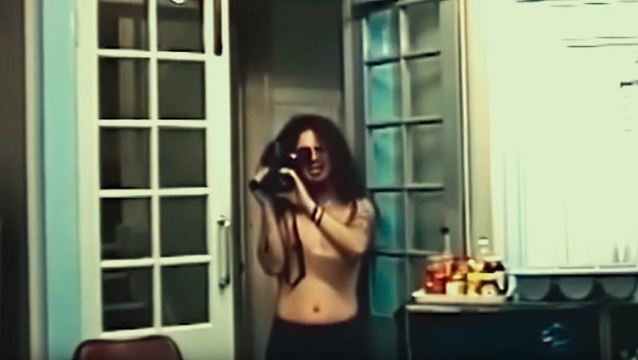 The first full segment of the revamped 2020 "Menza Mega Video Vault" series will be made available on Saturday, April 25 via the official Nick Menza Facebook page and YouTube channel. A teaser clip can be seen below.

Nick rightfully earned his place as heavy metal's fiercest drummer during MEGADETH's 10-year peak at the top. The highlight of his career, Nick said, was playing Rock In Rio before more than 100,000 people. The lowest point was being fired by MEGADETH mainman Dave Mustaine while he was still in a hospital bed after surgery to remove what doctors feared was a cancerous growth.