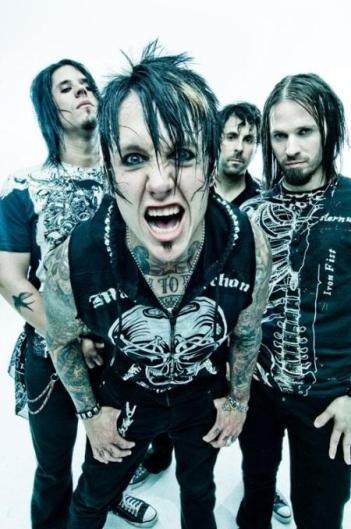 PAPA ROACH recently went into the studio to lay down five brand new songs for inclusion on a live album that will be out sometime later this year. The group is working with BREAKING BENJAMIN and CAVO producer David Bendeth. The concert tracks were taped on the band's recent tour with SHINEDOWN.

PAPA ROACH recently partnered with WHY (World Hunger Year) to continue its mission to raise funds and awareness for organizations who are working towards finding answers to hunger, poverty and homelessness. Led by frontman Jacoby Shaddix, who revealed last year that he was homeless as a child, the band has been touring behind its fifth major label set, "Metamorphosis", which addresses many of the current social and economic themes prevalent today. PAPA ROACH joins BRUCE SPRINGSTEEN, MICHAEL MCDONALD, JACKSON BROWNE, CROSBY STILLS & NASH, CHICAGO, EARTH WIND & FIRE, JOSS STONE, DARRYL MCDANIELS, O.A.R, and many others as part of WHY's Artists Against Hunger & Poverty program.