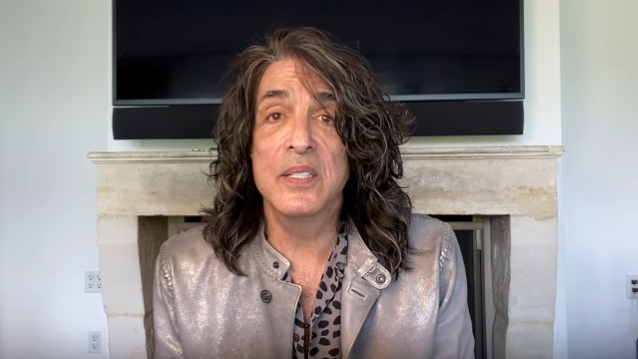 In a major interview discussing KISS's classic "Destroyer" album, Paul Stanley admitted that he had a really hard time dealing with producer Bob Ezrin's decision to give the Stanley-penned classic song "God Of Thunder" to Gene Simmons to sing. "Let's put it mildly," Stanley says in the new issue of Rock Candy magazine. "It was crushing and devastating. We'd understood and agreed that the role of the producer on 'Destroyer' was to have final say and make decisions. When I played 'God Of Thunder', Bob immediately said, 'Oh, that's great. That's for Gene.' I was just devastated. The idea of a song so quickly being passed off from me to someone else… It was difficult, and it remained a sore point, even when I heard it finished."

When the "Destroyer" album was first released in March of 1976, "God Of Thunder" was quickly recognized as both a KISS classic and Gene's signature song. Soon Stanley was forced to admit that Ezrin's decision to give the bassist and vocalist the tune was absolutely right. "It's so much a Gene song," says Stanley. "It's truly a highlight of who Gene is, and it would never have been as great a song if I'd sung it. Never. Bob was right and Gene did a great job. And at least I have the satisfaction and the joy of knowing that the song that personifies Gene is mine."

In the Rock Candy cover feature, Stanley and Simmons go deep into the mechanics of making their breakthrough album, while also revealing the concerns they had at the time after some of the first people they played the album to weren't crazy about it. "They didn't find it heavy enough," admits Stanley. "And coming on the heels of 'Alive!', which really captured the rawness of the band, I understand. But we did what we needed to do."

Rock Candy also brought together five acknowledged KISS experts and fanatics to try to decide on the best albums the band have produced in their career of almost 50 years. The panel consisted of Michael Brandvold, former KISS webmaster and host of the much-loved KISS podcast "Three Sides Of The Coin"; Larry Mazer, erstwhile KISS manager; Frank Novinec, guitarist with HATEBREED and KISS obsessive; Ross Sampson, Rock Candy's digital supremo and lifelong KISS fan; Mark Cicchini, rabid KISS collector and "Three Sides Of The Coin" cohort. The unofficial KISS podcast "Three Sides Of The Coin" has over 7.5 million plays since it was founded in 2012, with over 450 weekly episodes.

Read this 12-page KISS feature and many other fascinating stories including SCORPIONS, ANTHRAX and Steve Vai in issue 30 of Rock Candy.

Rock Candy is a 100-page, full-color bi-monthly rock magazine, created in the U.K. It covers the sights, sounds and smells from the greatest era in hard rock music, the '70s and '80s. Put together by respected U.K. rock journalists Derek Oliver, Howard Johnson and Malcolm Dome — all frontline writers for the legendary Kerrang! magazine in the golden era — Rock Candy is available in print format with a free digital download version for anyone who buys the mag online at www.rockcandymag.com. 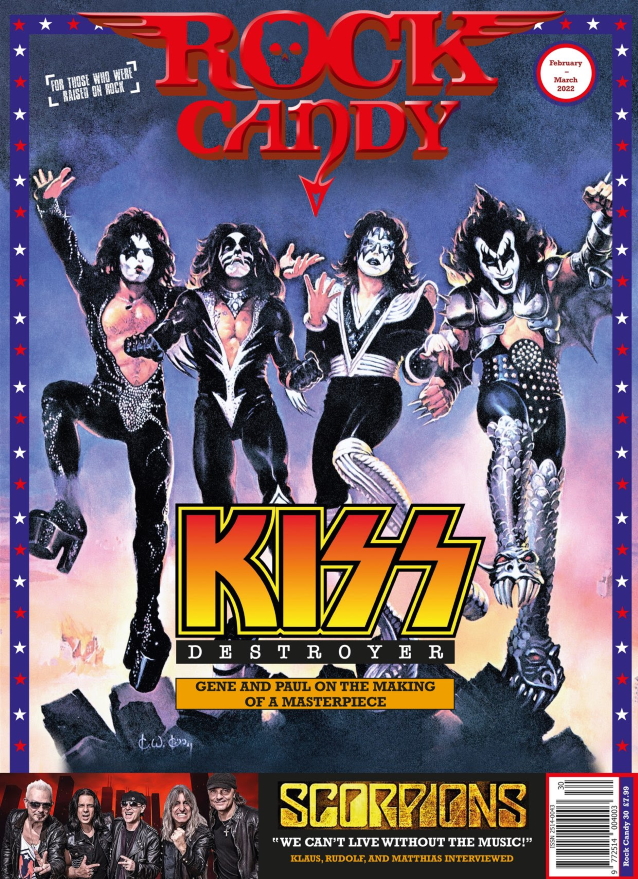