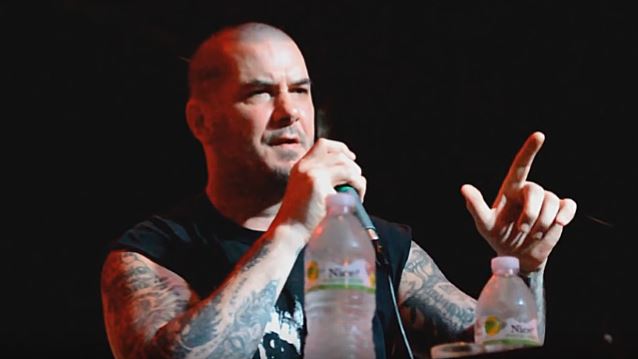 During an interview with Rolling Stone about the upcoming "A Vulgar Display Of Pantera" photo book, former PANTERA singer Philip Anselmo and bassist Rex Brown were asked to comment on a photo of the band's stage display from the 2001 "Reinventing The Steel" tour that relied heavily on Confederate flag imagery.

Said Anselmo: "If we're really going to get into commentary here, yes, I see the projected Confederate flags. Well, for one, I've always said, 'Flags don't mean a damn thing to me.' Two, by using the Confederate flag, despite what anyone says — and I don't give a shit, because no matter what I say, I'm damned if I do, damned if I don't — but the truth of it all is, it was about as innocent as innocent could be. We weren't confessing to any clandestine power of structure or however you assholes wanna put it these days. I think we used the Confederate flag merely because of LYNYRD SKYNYRD. We had learned from people before us. And it was never about anything other than that."

Added Brown: "The Confederate flag is on the back cover of [1996's] 'The Great Southern Trendkill'. That was the 'Southern' part of it. There were still states that had that on their state flags. Nowadays it's forbidden to use it. It's not so politically correct. But it had nothing to do with racism. None of us were like that. It was just a tie-in to the artwork on the back cover. Even back then, I said, 'This is not the way to go.' LYNYRD SKYNYRD used one for years and still do. Now people confuse it with racism and hatred. That's not what this band is about at all; quite the opposite. But it's the only thing I would say in the P.C. days that I have any regrets about."

The Confederate flag's symbolism was the subject of an emotional debate in the South in the aftermath of the massacre of nine blacks by a white gunman in a Charleston, South Carolina church last year.

While some people saw the flag as a divisive symbol of the South's proslavery legacy, supporters insisted the flag was an honorable symbol of regional pride, a mark of respect for Southern soldiers who died in the American Civil War.

In a 2015 interview with Sticks For Stones, former PANTERA and current HELLYEAH drummer Vinnie Paul Abbott weighed in on the Confederate flag issue. He said: "All I'm going to say is it's a big knee-jerk reaction to something that happened. It's unfortunate that people are like that — they want to point a finger at something, you know."

He continued: "Honestly, this country was built on freedom of speech and freedom of expression, and when you can no longer do that, then it is no longer based on that, you know. It's a touchy thing, you know, and that's really all I'm going to say about it. I just think that it doesn't follow what the country was built on [and] what it was based on. To me, that blows, but that's how it, is man."

Anselmo earlier in the year told his DOWN bandmates to "move on" without him following an incident at the Dimebash event where he said "white power" and made the Nazi salute on stage. He later claimed he was referring to drinking white wine as part of an "inside joke" but then released a video message, saying that he "deserves completely" the "heat" that he has been getting over his actions and claiming to be "a thousand percent apologetic to anyone that took offense to what [he] said."

"A Vulgar Display Of Pantera" will be released on September 13 via Lesser Gods.

The images in the 384-page book were provided by Joe Giron, one of PANTERA's longtime photographers and earliest supporters. The foreword was penned by Brown, who also provided anecdotes in the book along with Vinnie Paul.

Check out photo samples from "A Vulgar Display Of Pantera" at LesserGodsBooks.com. 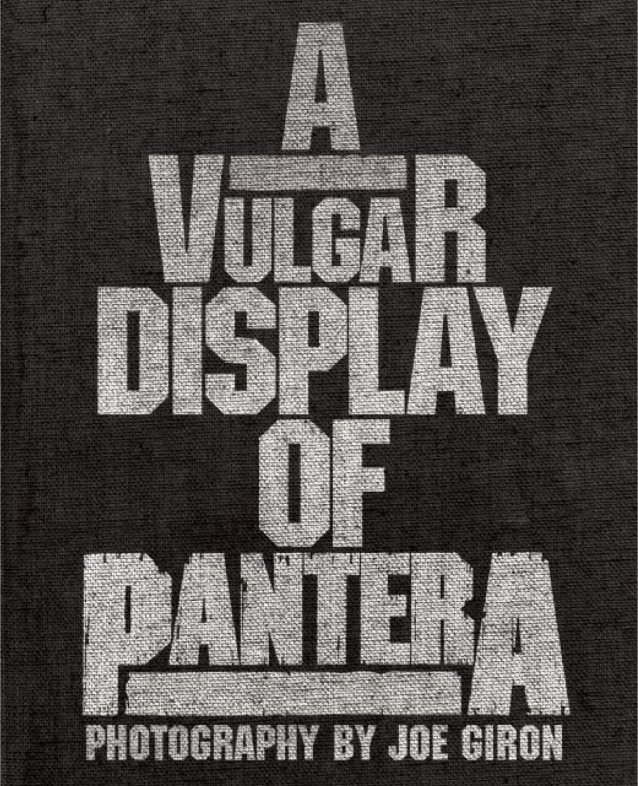