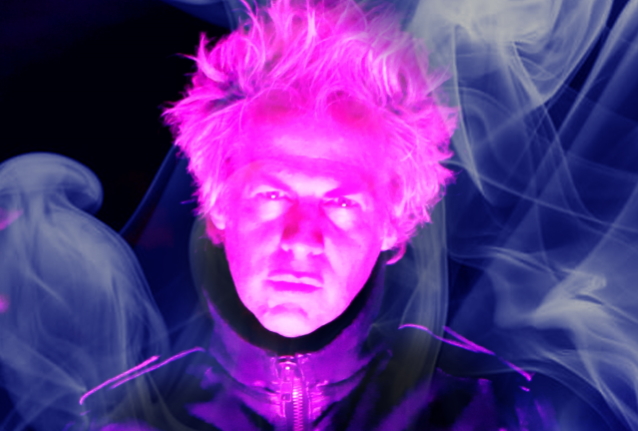 From your speakers straight into your psyche, "Bleeders DIEgest" has launched on the Bloody Disgusting podcast network. The scripted horror anthology is created and written by POWERMAN 5000 frontman Spider One, filmmaker Krsy Fox and "The Boo Crew" podcast hosts Trevor and Lauren Shand.

From sinister voices in the darkness to malevolent forces lurking at home, the first two episodes are available on all major podcast providers courtesy of Acast. New episodes will debut weekly every Thursday.

"Ever since I was a little kid, I was transfixed by horror and science fiction," explains Spider One. "Endless hours of my youth were spent watching 'Creature Double Feature' and scouring the aisles of my local video store for the goriest of cover art. It’s a dream come true to be able to now partner with Bloody Disgusting and share my own brand of scary with an audience."

"We're so excited to share the darkest parts of our minds with an audience we know will truly appreciate it," adds Krsy Fox. "Making terrifying original short stories into such a theatrical and interactive show has been a dream come true. The stories of 'Bleeders DIEgest' are already giving me nightmares, and I hope it does the same for all of you!"

"There is something so magical about crafting characters and their worlds that don't exist painted with words," Lauren Shand notes. "Being able to do this in the horror space with Bloody Disgusting is so incredibly cool."

"The 'theater of the mind' is something I retreated to so often as a kid with old-school radio dramas and tales of horror that emanated from the small speaker I'd stash under my pillow at night," reminisces Trevor Shand. "To be able to play in that world with the support of this small group of friends and our Bloody Disgusting family is a nightmare come true. Our goal is that these stories might live in yours."

"We're so excited to grow the Bloody Disgusting podcast network with the addition of 'Bleeders DIEgest'," Bloody Disgusting co-founder Tom Owen comments. "These stories are truly terrifying, and the intimate format of podcasting is the perfect platform to deliver them straight into the listener's ear. I can't wait for everyone to hear what Spider, Krsy, Trevor and Lauren have created."

We dare you to listen to Bleeders DIEgest on your favorite podcast provider: bleedersdiegest.carrd.co

Spider One dropped out of the School Of The Museum Of Fine Arts in Boston, Massachusetts, started the band POWERMAN 5000, released eleven albums (and counting),enjoyed platinum success and toured the world. He has directed several music videos in addition to writing and directing the horror feature "Allegoria" starring John Ennis and Scout Compton. Spider also served as an on-air personality for the horror network FEARnet and created and co-produced the horror/comedy TV series "Death Valley" for MTV. 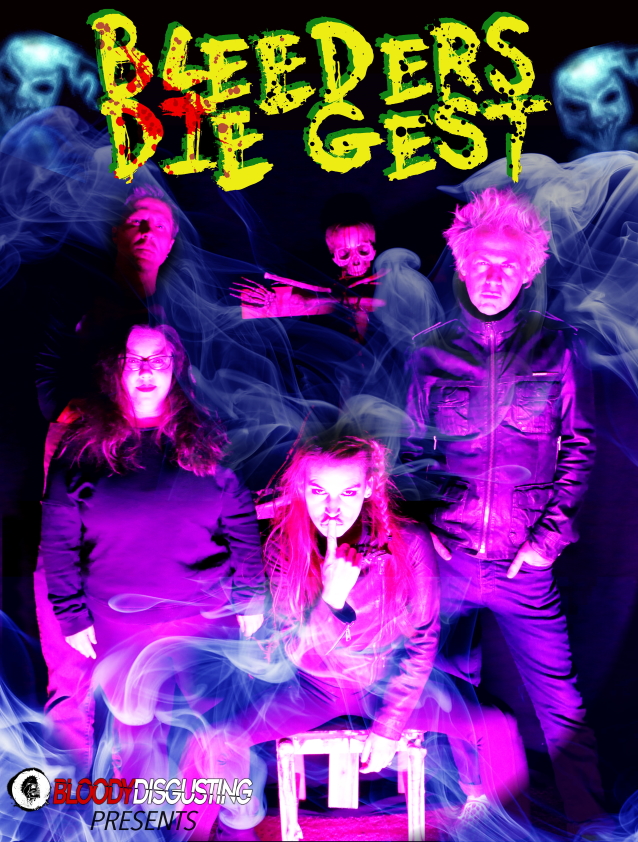