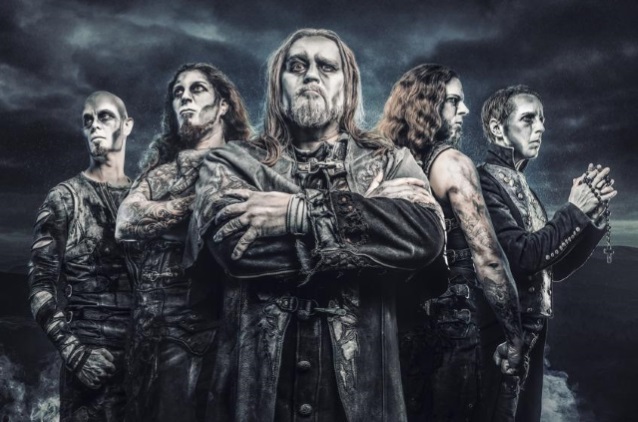 German metallers POWERWOLF have entered Fascination Street Studios in Örebro, Sweden to begin recording their seventh studio album. Due later in the year via Napalm Records, the follow-up to 2015's "Blessed & Possessed" is being produced by Jens Bogren, who has previously worked with KREATOR, DRAGONFORCE, SEPULTURA and PARADISE LOST, among others.

A short video of POWERWOLF drummer Roel Van Helden laying down tracks for the band's new disc can be seen below.

"It feels exciting and spurring to have one of our all-time fave producers working with us on this adventure," guitarist Matthew Greywolf said last fall. "Can't wait to record a truly epic new chapter of the metal mass. Be forewarned!"