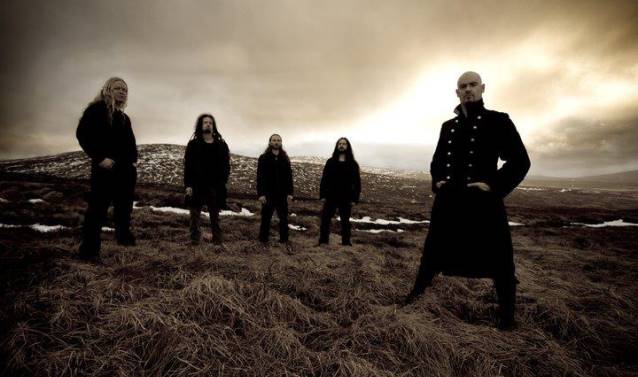 PRIMORDIAL To Release 'Where Greater Men Have Fallen' In November

Irish pagan metal masters PRIMORDIAL will release their new album, "Where Greater Men Have Fallen", in November via Metal Blade Records. To coincide with the CD's release, the band will play three shows in Germany with support from Swedish labelmates PORTRAIT and Switzerland's BÖLZER. All dates include signing sessions with PRIMORDIAL. The new album will be available for purchase in all configurations at the gigs and there will be exclusive merchandise available as well.

Comments PRIMORDIAL: "Time moves slowly… but it does move and the rusty gears have been grinding lately a new PRIMORDIAL album will come this year, November, to be more precise… The working title right now is 'Where Greater Men Have Fallen', and in just as we did for the last album, we have a weekend of release shows in Germany right as it hits… We will be supported by Sweden's PORTRAIT and Switzerland's BÖLZER on the three nights, all for a very healthy ticket price and there will be special releases, merch and music just for these shows."

PRIMORDIAL's latest album, "Redemption At The Puritan's Hand", was released in April 2011 via Metal Blade Records.

The band's legendary debut, "Imrama", was released on vinyl for the first time ever in March 2013. This official version includes a remaster of the album as well as a free poster and was made available as a gatefold LP with the original artwork. 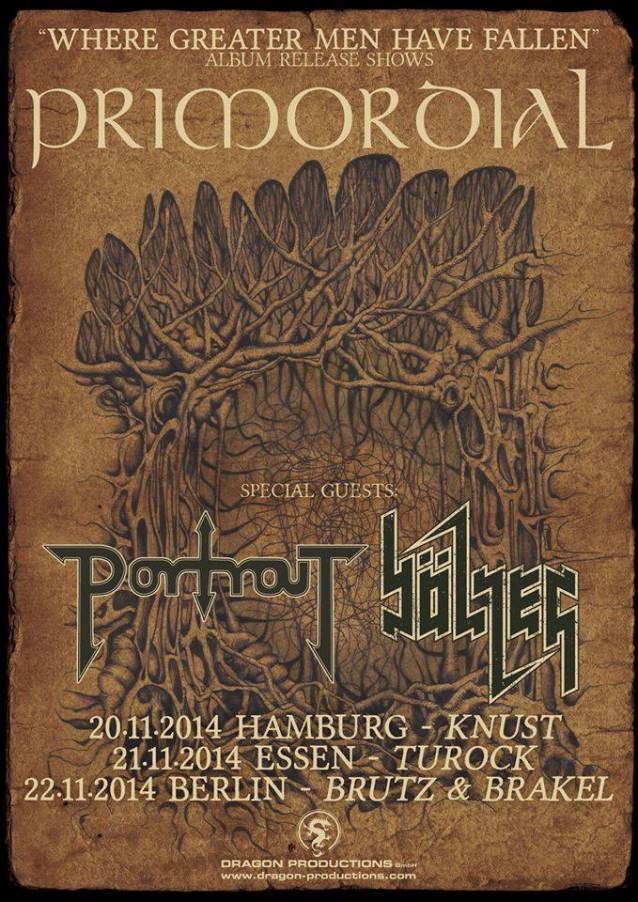