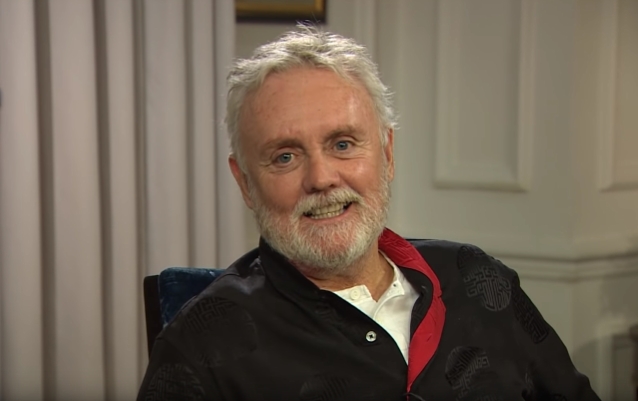 QUEEN drummer Roger Taylor has released a new solo single, "Gangsters Are Running This World". The song is said to be a commentary on the current state of the world, featuring the opening lines of "There's blood in the streets / Panic in the air / The markets are trading up / In madness and fear."

This is not the first time Taylor has used music to address the political situation. Back in 2011, Taylor re-released his protest song about media tycoon — and Fox News owner — Rupert Murdoch. The track, titled "Dear Mr Murdoch", was first written in 1994 and was included on Roger's "Happiness" album.

"Everybody's got an opinion and I was just lucky enough to have an outlet for mine," Roger later told Independent. "I prefer to stay out of politics, really. I don't live in a fluffy, badger-saving world."

QUEEN's original members Taylor and guitarist Brian May will team up once more with vocalist Adam Lambert for the "Rhapsody" tour, an epic 25-date run from mid-July through late August. The North American headline tour will be produced by Live Nation.

QUEEN's biopic "Bohemian Rhapsody" has grossed $890 million at the global box office. The award-winning film portrays the life and career of QUEEN frontman Freddie Mercury, who died of AIDS-related illnesses at the age of 45.