QUEENSRŸCHE has confirmed that guitarist Mike Stone will continue playing with the band at least for the remainder of 2021.

Since late May, Stone has been handling second-guitar duties in QUEENSRŸCHE, which announced last month that longtime guitarist Parker Lundgren was exiting the group to focus on "other business ventures."

Asked by a fan in the comments section below an Instagram photo of Stone if Mike has officially rejoined QUEENSRŸCHE, the band replied: "Filling in for the rest of this year and then we'll see..."

Stone originally joined QUEENSRŸCHE for the 2003 album "Tribe" and stayed with the band for six years.

Lundgren, a former member of original QUEENSRŸCHE singer Geoff Tate's solo group who was also briefly married to Geoff's stepdaughter Miranda, announced his departure from QUEENSRŸCHE in a social media post on July 2.

The 34-year-old musician wrote: "For several years, I have been deeply immersed in collecting and selling guitars, as well as rare and fascinating musical instruments. This passion led to the opening of my guitar store Diablo Guitars in 2019. Since then, my business has grown and I recently acquired a storefront with a full-service repair shop. In 2020, my wife and I opened Lucky Devil Latte, which has quickly expanded to multiple locations. With these new endeavors and ensuing responsibilities, my time to devote to QUEENSRŸCHE has become increasingly strained, and I no longer am able to commit the time and focus it deserves. For these reasons, I have made the difficult decision to step down from my role as guitarist in QUEENSRŸCHE. 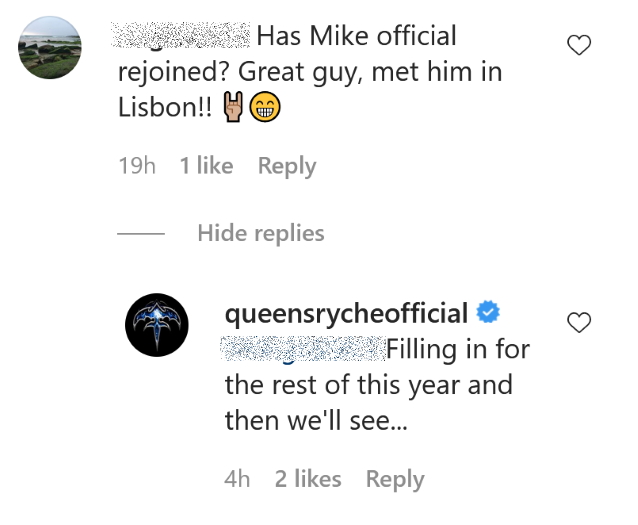