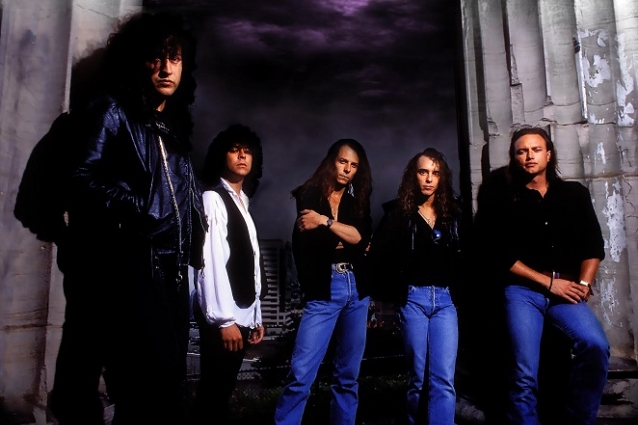 QUEENSRŸCHE: Unauthorized Biography 'Building An Empire' Due In October

NW Metalworx Music will release "Building An Empire: The Story Of Queensrÿche", this coming October. After 40 years, QUEENSRŸCHE's career-spanning story will finally be told, covering the band's earliest roots in suburban Seattle, the group's rise to arena-level success, downfall, and rebirth. Featured on the book's cover is a previously unseen photo of QUEENSRŸCHE's original lineup of Chris DeGarmo, Eddie Jackson, Scott Rockenfield, Geoff Tate and Michael Wilton, taken by photographer Robert John at the height of the quintet's stardom.

Written by James R. Beach, with Brian L. Naron and Brian J. Heaton, the book will be issued in various formats ― a limited-edition collector's hardcover, a standard paperback, and an electronic version that can be downloaded as a standalone .pdf, or purchased for the Amazon Kindle. The hardcover edition will feature a CD of rare audio interviews with QUEENSRŸCHE and an exclusive poster. Pre-orders will start in August on nwmetalworxmusic.com, and later on Amazon and other online retail sites.

"Building An Empire: The Story Of Queensrÿche" examines how the band evolved from album to album, weaving new interviews with the band members' family and friends to help tell this honest, riveting tale of how five guys from Seattle's Eastside overcame the odds to become one of the most respected bands in hard rock and heavy metal. Paul Suter, the acclaimed writer from Kerrang! who broke the story on QUEENSRŸCHE in early 1983, penned the book's foreword.

"When starting on this project, our goal was to write something everyone, from the hardcore fan to the casual listener, could read and learn something new about QUEENSRŸCHE," said Naron. "We're confident we've achieved that and can't wait to share this with the world."

"The story of QUEENSRŸCHE has so many twists and turns and it needed to be unraveled," Heaton added. "At the same time, we wanted to do that with an emphasis on the band's knack for persevering through every obstacle thrown at them. QUEENSRŸCHE is an undeniable success and we hope our words encourage readers to further appreciate the band's music." 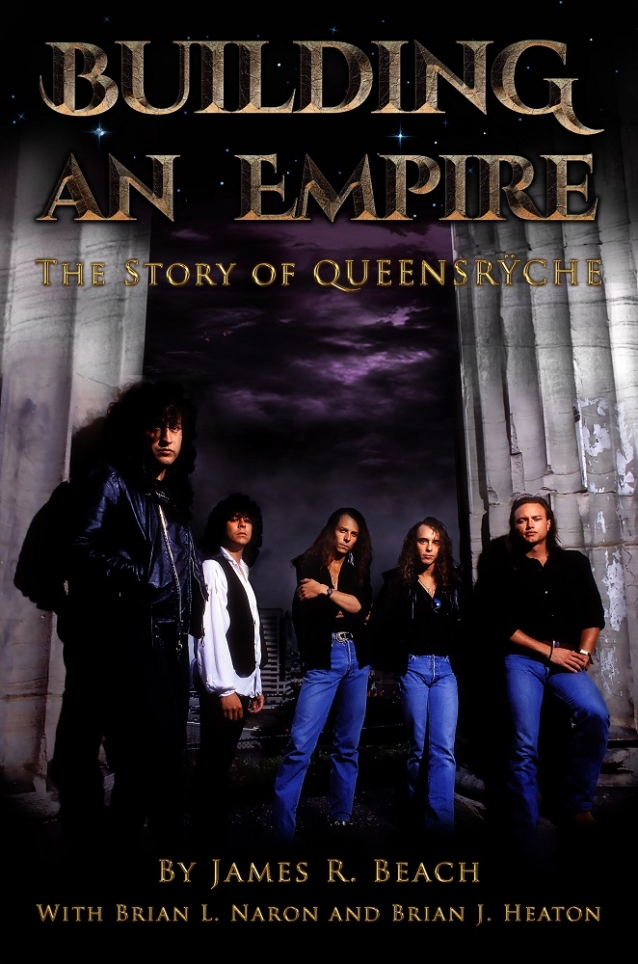