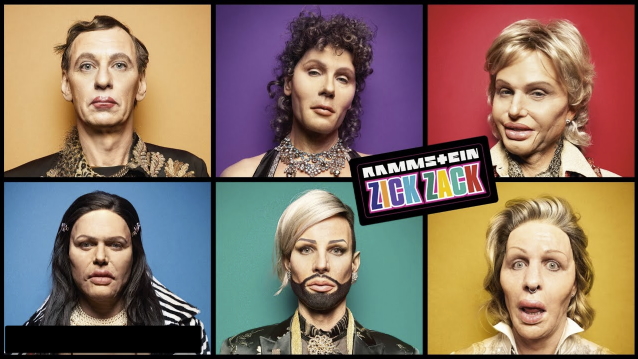 German industrial metallers RAMMSTEIN will release the official music video for their new single, "Zick Zack", tomorrow (Thursday, April 7) at 9:00 a.m. PDT / 12:00 noon EDT. A short teaser for the clip, which apparently takes on the world of cosmetic surgery, is available below.

"Zick Zack" is taken from RAMMSTEIN's upcoming album, "Zeit", which will arrive on April 29.