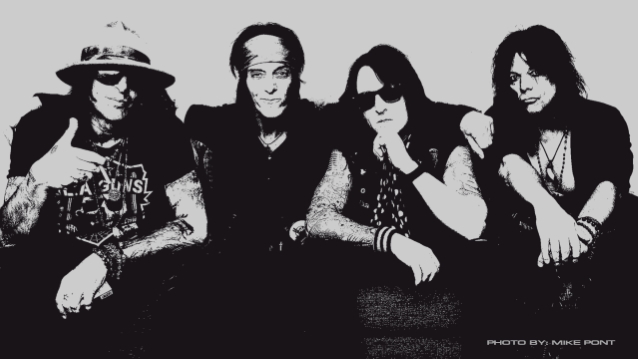 "Overdrive" marks a new era for RILEY'S L.A. GUNS, with an atmospheric approach to it. The track is highly energized from the get-go with no shortage of the instrumental breaks you love and the tantalizing vocals that keep engaged throughout the song.

Golden Robot CEO and president Mark Alexander-Erber has had this marked as one of the highlights of the year for his label's release calendar, commenting: "All this bullshit that rock is dead, just have a listen to this killer new single from RILEY'S L.A. GUNS and it's proof that it's not only alive but it's screaming and yelling the house down."

RILEY'S L.A. GUNS drummer Steve Riley said: "We are so excited about this second album from the band, 'The Dark Horse', and we feel we really took it up a notch with the songwriting, performances, and production after our well-received first album 'Renegades'. This first single, 'Overdrive', is a balls-out rocker and a great way to open this new album. We know you guys are going to love it, and we can't wait to see you out on the road in 2023!"

In April 2021, an out-of-court resolution was reached in the legal dispute over the rights to the L.A. GUNS name. Under the terms of the settlement agreement, guitarist Tracii Guns and singer Phil Lewis are continuing to operate under the L.A. GUNS trademark, while Steve Riley and his bandmates from the other version of L.A. GUNS are now operating under the new name RILEY'S L.A. GUNS.

RILEY'S L.A. GUNS features Riley alongside Orlando, Florida-based guitarist/vocalist Kurt Frohlich, bassist Kelly Nickels (a member of L.A. GUNS' "classic" incarnation) and guitarist Scott Griffin, who played bass for L.A. GUNS from 2007 until 2009, and then again from 2011 to 2014.

In May 2021, Guns discussed the resolution in an interview with The SDR Show. He said: "We ended up settling in a way where, basically, [Steve] licenses the words L.A. GUNS for free; I'm not even asking for a percentage of when he plays. I'm just saying, 'Hey, I could have taken your house. I could have taken anything you own. But I don't want you to die in the street, and I don't want you to be poor.' And I really love his son, Cole. It just got to the point with all this litigation…

In a separate interview with Sonic Perspectives, Guns addressed the fact that Riley's version of L.A. GUNS played at the M3 Rock Festival in 2019 and released a full-length album under the L.A. GUNS name, 2020's "Renegades". He said: "Dude, when they did those couple of shows, we got so much angry e-mail from our fans. People were, like, 'What the fuck? None of you guys were there!' We would have to explain it's a different band with the same name. When I say a lot, I'm talking over a thousand e-mails. Then they put out a record using the name L.A. GUNS, [and] the e-mails just escalated. That was the point where some from our family stepped who had unlimited funds, which we used to stop this. It was what we needed to do, and it is done. Can you imagine, now they have to make up their legal fees? In what reality is it worth it? For Steve Riley to spend $80,000, and they will never make that back with RILEY'S L.A. GUNS. There is no logic, and it's so bizarre." 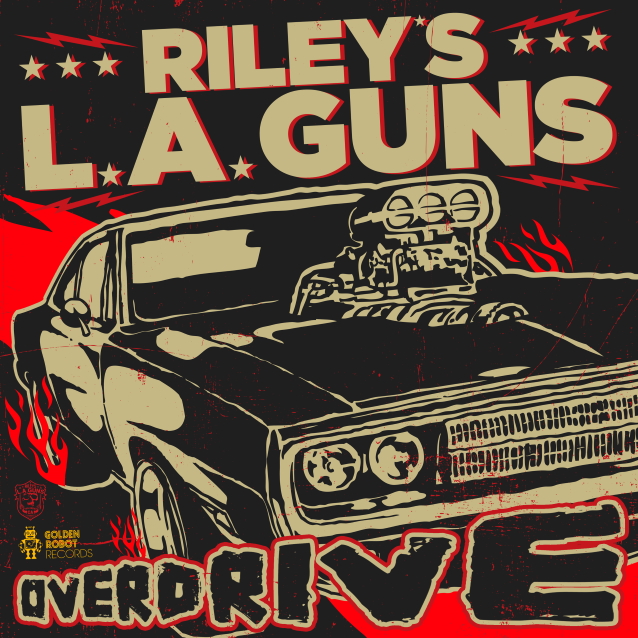