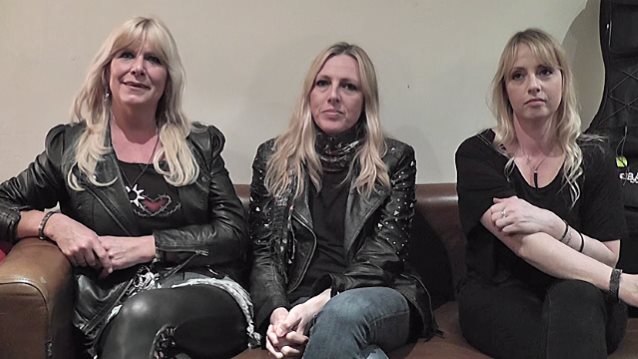 MetalTalk conducted an interview with the reunited original lineup of ROCK GODDESS — the female power trio from the days of NWOBHM (New Wave Of British Heavy Metal) featuring sisters Jody and Julie Turner along with bassist Tracey Lamb — prior to the band's first U.K. concert in 32 years on May 14 at the O2 Islington Academy. You can now watch the chat below.

Speaking about ROCK GODDESS's forthcoming comeback album, which was originally supposed to be titled "Unfinished Business", Lamb said: "We've got a track the same name, 'Unfinished Business', but we've decided to call it something else, which we haven't quite decided yet."