Earlier this month, SHINEDOWN topped Billboard's Greatest Of All Time Mainstream Rock Artists listing, finishing ahead of peers from the last 20 years like THREE DAYS GRACE and DISTURBED, as well as classic rock staples like VAN HALEN and TOM PETTY AND THE HEARTBREAKERS.

Billboard's Mainstream Rock music chart ranks the most-played songs on mainstream rock radio stations in the United States, a category that combines the formats of active rock and heritage rock.

In a new interview with Billboard correspondent Bobby Olivier, SHINEDOWN vocalist Brent Smith said: "We write songs because it's cheaper than therapy. I've never been afraid to say how I feel. Even if I'm talking about dark subject matter, I'm always trying to empower the listener — to say that it may be difficult, you may have to struggle, but you can hold on to hope and understand that life is never going to be perfect. It’s not meant to be perfect."

Two months ago, Smith revealed that SHINEDOWN was in Malibu, California working with Grammy Award-nominated multi-platinum songwriter and record producer Dave Bassett on material for the band's upcoming album. The follow-up to 2018's "Attention Attention" is being recorded in part at bassist and producer Eric Bass's new studio in Charleston, South Carolina for a tentative late 2021 release.

Last September, Smith told the KLOS radio show "Whiplash" that he and Bass were looking to make a more organic-sounding album this time around.

In August 2020, SHINEDOWN broke the record for the most No. 1s ever in the 39-year history of the Billboard Mainstream Rock Songs chart, scoring its 16th No. 1 hit with "Atlas Falls". This also marked the band's 17th No. 1 on the Mediabase Active Rock chart and its sixth consecutive No. 1, following "How Did You Love", "Devil", "Get Up", "Monsters" and "Attention Attention".

Originally written in 2013, "Atlas Falls" was first made available from SHINEDOWN's vault in March 2020 as part of an exclusive song and T-shirt bundle for the band's COVID-19 fundraising effort. 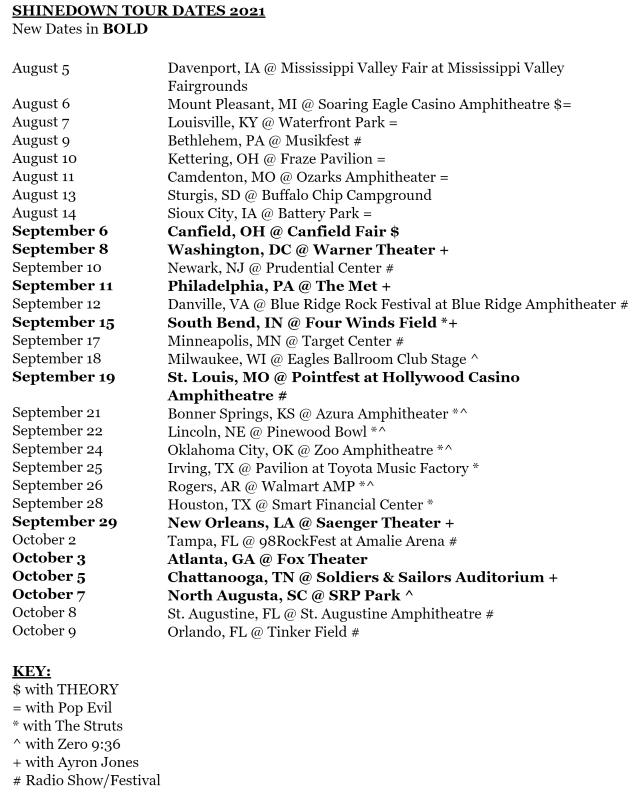 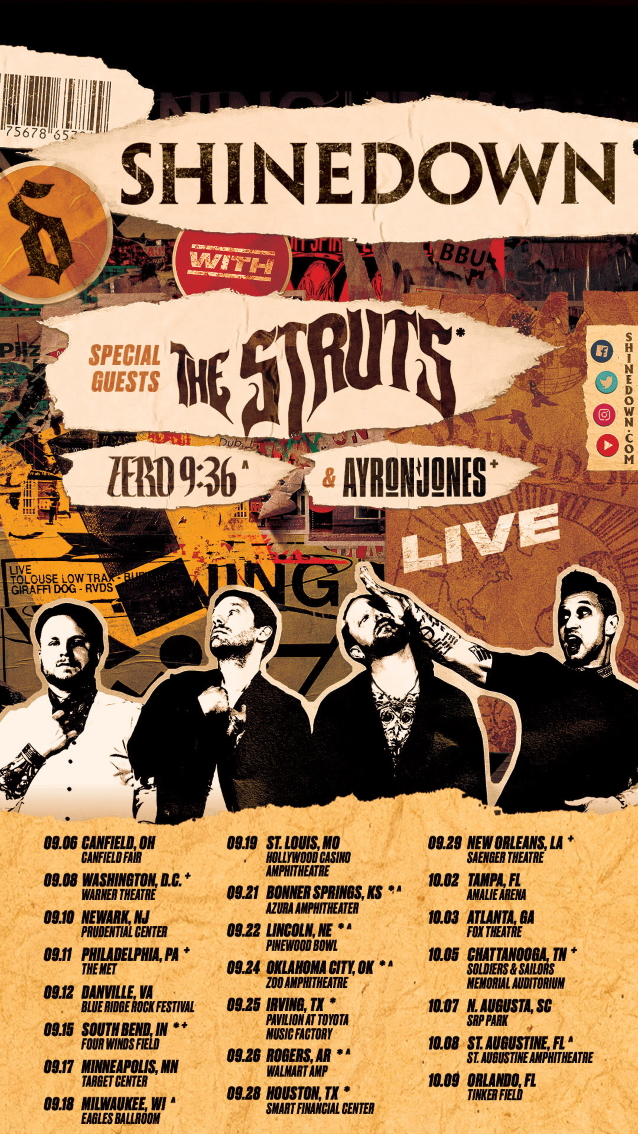