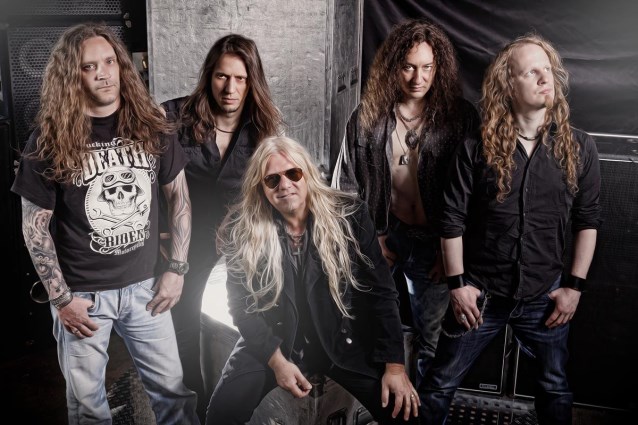 German hard rock institution SINNER, which is fronted by PRIMAL FEAR bassist Mat Sinner, recently entered the studio soon work on an album of re-recorded versions of the best songs from the band's early years. The resulting collection, entitled "Touch Of Sin 2" (in a nod to SINNER's 1985 album, "Touch Of Sin"),will be released on August 30 in Europe and September 10 in North America via AFM Records.

Commented Sinner: "When we were younger and new to the music business, we were proud to be part of the Noise Records family and to get the chance to sign a contract with them. Reading this contract so many years later, you can't but shake your head in disbelief and wonder what must have possessed us. The exclusive rights to the recordings have since been bought and sold numerous times with the effect that none of those who owned them has ever had any relation to either the production itself or to how it was created.

"Today, the older SINNER songs still enjoy great popularity within the scene. We continue to play them live, even though the CDs aren't available any longer. It is Universal who owns the albums at the moment — but does not distribute the CDs. Therefore, they're to be held responsible that CDs from this era can only be purchased at exorbitant prices. Unfortunately, the musicians and songwriters involved have no means of dealing with the matter — our hands are tied.

"When I offered to do a remix on several songs for a best-of album, I was told that the original tapes have mysteriously disappeared and were probably burned in an 'accidental' fire. That much about the pearls of our past.

"AFM Records and I — business partners for many years — came up with the idea to once again record the best songs from this era. The album was supposed to feature several guests and to come with a wicked fan package. Initially, I was sceptical. But recent shows have shown the amount of fun and energy the band would put into these songs. However, I will only put this plan into action under one condition: the whole band has to lock themselves into the studio and record the whole thing together. I'm fed up with the assumption that it works if everyone records their stuff at home or comes cheaper. That's bullshit — this challenge meets us at exactly the right time and we'll face it!"

The official lyric video for "Comin' Out Fighting" can be seen below.

SINNER's latest album, "One Bullet Left", was released in September 2011 via AFM Records, the CD was recorded in Stuttgart, Germany with Mat Sinner producing and Achim Köhler engineering. 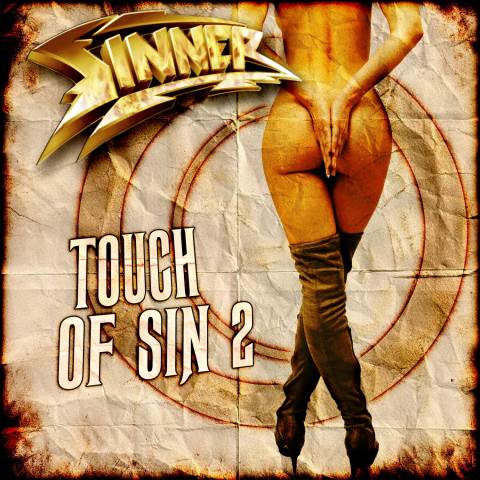