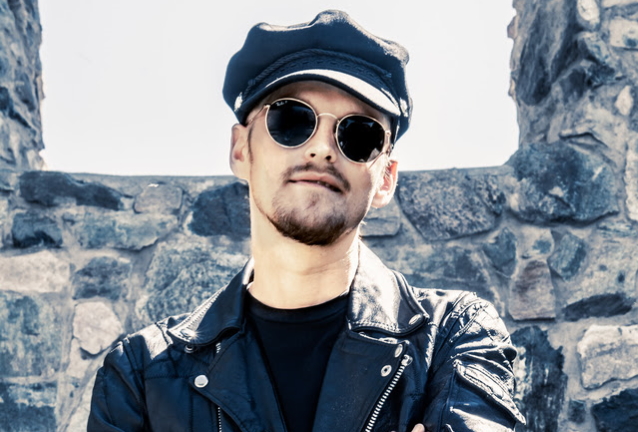 SKID ROW has parted ways with singer ZP Theart and has replaced him with ex-H.E.A.T. vocalist Erik Grönwall (pictured). Grönwall will make his recording debut with SKID ROW on the band's upcoming album, "The Gang's All Here", due on October 14 via earMUSIC. The LP's first single, the title track, will be made available on Friday, March 25.

A snippet of "The Gang's All Here", which received its world premiere earlier today (Wednesday, March 23) on SiriusXM's "Trunk Nation With Eddie Trunk", can be heard below.

SKID ROW said in a statement: "It's a new era for SKID ROW. With a new album, a new single and a world tour, we've added a new voice. Welcome powerhouse vocalist Erik Grönwall, formerly from the band H.E.A.T. from Sweden."

Grönwall added: "Ladies and gents. I hereby declare the circle of all fucking circles complete. You're looking at the new singer of @officialskidrow #skidrow #erikgronwall".

As previously reported, SKID ROW has replaced QUEENSRŸCHE as the support act on the rescheduled dates for SCORPIONS' "Sin City Nights" Las Vegas residency. The run of shows, which was originally slated to take place in July 2020 and was later pushed back to May 2021, will now happen starting on March 26 at Zappos Theater at Planet Hollywood Resort & Casino.

Sebastian Bach fronted SKID ROW until 1996, when he was fired. Instead of throwing in the towel, the remaining members took a hiatus and went on to play briefly in a band called OZONE MONDAY. In 1999, SKID ROW reformed and, after a bit of shuffling over the years, featured a lineup consisting of bassist Rachel Bolan and guitarists Dave "Snake" Sabo and Scotti Hill, alongside drummer Rob Hammersmith and singer Johnny Solinger. SKID ROW fired Solinger over the phone in April 2015, a few hours before announcing Tony Harnell as his replacement. Eight months later, Harnell exited the band and was replaced by Theart, the South African-born, British-based singer who previously fronted DRAGONFORCE, TANK and I AM I.

Ladies and gents. I herby declare the circle of all fucking circles complete. You’re looking at the new singer of @officialskidrow #skidrow #erikgronwall