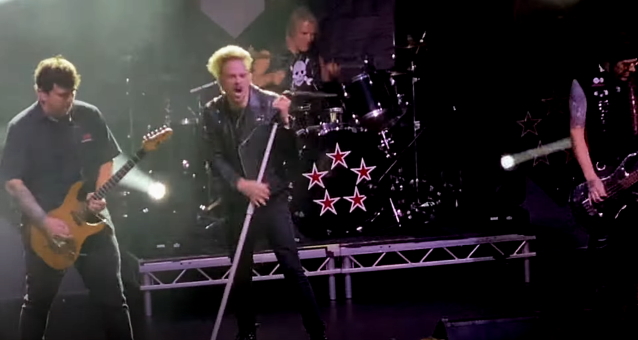 SKID ROW played the most recent two shows of its U.K. tour — in Manchester on Thursday, October 27 and in Sheffield on Friday, October 28 — without founding guitarist Dave "Snake" Sabo, who had tested positive for COVID-19 prior to the Manchester gig. Filling in for Sabo is SKID ROW's guitar tech Casey Sproatt. Fan-filmed video of both concerts can be seen below.

Shortly after the Manchester gig, Sproatt shared one of the fan-filmed videos of the show on his Facebook page and he wrote: "filled in for Snake tonight! It was fucking rad!!!!!"

Grönwall spoke to The Rock N' Roll & Coffee Show about how he has been accepted by SKID ROW fans since he joined the group earlier this year as the replacement for ZP Theart. He said: "There's so many different types of fans. I've realized that… 'Cause when we did the show in California, [some] people came up to me after the show, and they were, like, 'Sebastian [Bach], you've still got it.' [Laughs] Yeah, that happened. Then you have the fans who still think that Sebastian is in the band, and then you have the fans who know the whole story."

Erik, who made his recording debut with SKID ROW on "The Gang's All Here", went on to say that he isn't bothered by the fact that some fans are still clamoring for a reunion of the band's classic lineup.

filled in for Snake tonight! It was fucking rad!!!!! 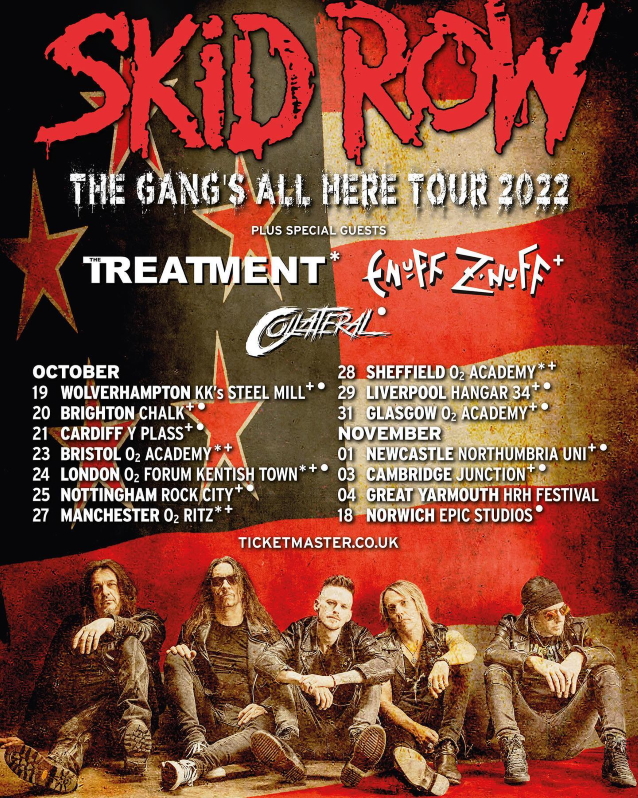