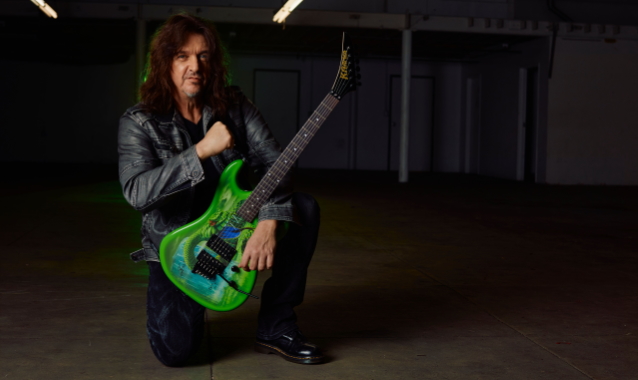 Kramer, the original made-to-rock-hard guitar brand, has been setting trends with a legacy of premium, performance-focused instruments since it was first launched in 1976. Made for rule-breakers that play fast and loud, Kramer has been embraced by legendary rockers and shredders like Eddie Van Halen, Vivian Campbell, Richie Sambora, Elliot Easton and Mick Mars and more during the height of the metal era in the 1980s — a period when it was the most popular guitar brand in the world. Kramer's innovative approach and unwavering commitment to performance spans entry-level and intermediate guitars, to professional offerings, across the entire line and continue to make Kramer instruments the choice of today's hard rock and metal legends.

New for 2021, Kramer debuts the new Artist Collection featuring a collaboration with Dave "Snake" Sabo (Baretta). From its iconic models and legendary artist collaborations to the original and modern collections, Kramer is back.

"I'm so proud that the Kramer brand has been resurrected by Gibson and humbled by the fact that they've allowed me to be a part of it," says Snake. "The Snake Baretta started out as a simple idea 35 years ago and played such a big part in our formative years. Now Kramer has kindly released it as a limited edition. I'm so proud and honored to be part of the Gibson and Kramer family. I hope everyone enjoys this guitar as much as I have since it was first made in 1985."

A seven-and-a-half-minute video in which Snake discusses the Snake Sabo Baretta can be seen below.

SKID ROW spent the last few months recording the final chapter of the band's "United World Rebellion" trilogy. The disc was tracked in part at a Nashville, Tennessee studio with producer Michael Wagener, who also helmed the group's 1989 self-titled debut and 1991's "Slave To The Grind".