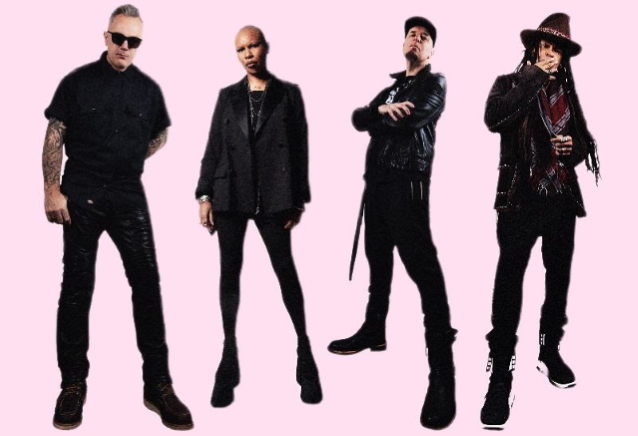 British rock icons SKUNK ANANSIE have released their brand new single "Can't Take You Anywhere", a deliciously sinister slice of tense drama, powered along by a roaring chorus. Channeling the same dark power as DEPECHE MODE and PLACEBO, with pummeling rhythms, twisted electronics and crystalline guitars, singer Skin tells the tale of a friend or lover causing chaos wherever they go.

Discussing the song, she explains: "This track is a double-edged sword. We all have that one friend that we love but is a total embarrassment to us, a mate that has no off button and no filter. So if they aren't losing their phone/keys/coat, they're saying some stuff that will defo get you cancelled by all your other mates. This song is about how polarized the world is now, and how careful you need to be. It's about dealing with the new world order of friendship, as never before have I had great long-term friends develop completely opposing views to mine. It's about having to navigate and understand people, keeping the love and respect but also standing firm in your opinions."

SKUNK ANANSIE will head out on a massive European tour this spring, featuring rescheduled dates from their hugely acclaimed 25th-anniversary tour, with new shows also added due to phenomenal demand. The band will be supported variously by NEW PAGANS, GEN AND THE DEGENERATES, HOLOCENE and SHELF LIVES, with BIG JOANIE, SWEET CRISIS, MORGANWAY and DIKTA also appearing at different shows.

SKUNK ANANSIE will also appear as part of the 2022 Meltdown Festival in June, which this year is curated by Grace Jones, along with a long-awaited return to Glastonbury Festival, where they famously headlined the Pyramid Stage in 1999.

The last 28 years have seen SKUNK ANANSIE internationally acclaimed as one of the greatest British rock bands of all time. They were presented with the Hall Of Fame Award at the 2019 Kerrang! Awards while Skin herself has become one of the world's most iconic female performers, as well as inspirational role model, activist, trailblazer for women in the music industry, model and muse for designers. It's no surprise that she picked up the Inspirational Artist Award at the Music Week Awards in 2018.

SKUNK ANANSIE is renowned as one of the most fearless acts in modern British history. Their reflective, emotional and radical music has seen them grow as an important cultural force, on and off stage, while remaining honest and timely. 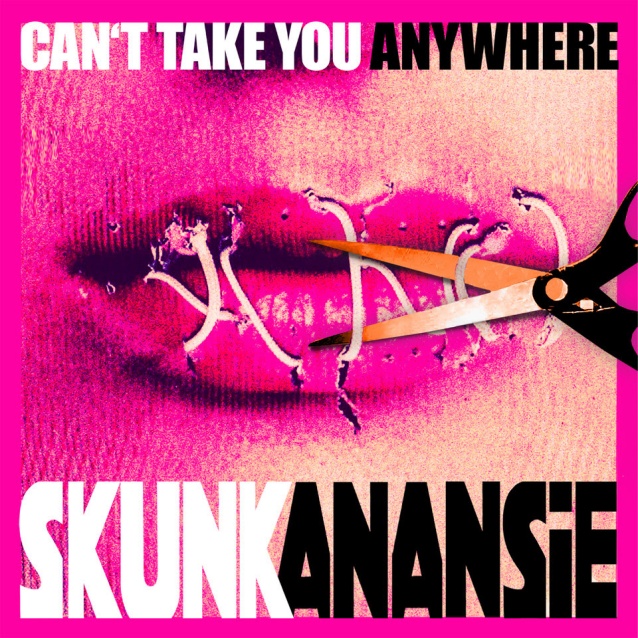