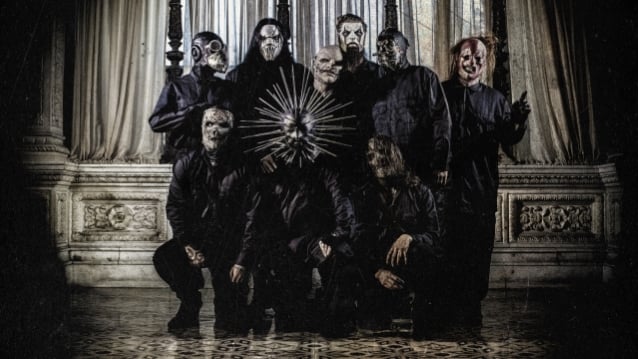 SLIPKNOT Is Prepping 'All Hope Is Gone' Reissue With Bonus Material

M. Shawn "Clown" Crahan, SLIPKNOT percussionist and co-founding member, has confirmed to the Des Moines Register that he is gathering material for a re-release of the band's fourth album, "All Hope Is Gone". That LP arrived 10 years ago in August.

"I'm in a band and I can't stand that," Crahan said of how he once viewed "corporate" anniversary projects. "But now, I'm, like, 'Wow.' For instance, I'm working for 'All Hope Is Gone', …and what I'm doing is I'm using the stuff I would've never approved. Now I can look at it and go, 'Wow. The fans need to see this.'"

Crahan also said that there might be a 20th-anniversary celebration for the release of SLIPKNOT's 1999 self-titled debut album, which went double platinum in the U.S.

Singer Corey Taylor told Noisey in a 2015 interview that "All Hope Is Gone" was his least favorite of the SLIPKNOT albums. "Just because of the experience around it — it has nothing to do with a lot of the music," he explained. "Which is strange, because when it was finally done, I loved a lot of the music that was on there. It had a lot of strong songs, but now, I listen to it and that's kind of all it sounds like. It just feels like a collection of songs and not an album, which is something we've strived to do over our career. Plus, you add all the turmoil that was going on at the time, it was very much a tale of two cities. You had one half of the band wanting to do one thing, the other half wanting to do the other, and I was in the middle being, 'Isn't this supposed to be the part we enjoy?' [Laughs] So it was really difficult to get that album made in the first place, and it was difficult to get everyone on the same page going out on the road. It was a miserable two years. One of the only reasons I can look back fondly on it is I got to spend a lot of time with Paulie [late SLIPKNOT bassist Paul Gray]. So other than that, the rest of it was so much hard work and pulling teeth, I have a hard time listening to that album without conjuring up terrible memories of what happened. So I'd have to say it's my least favorite of all the albums."

SLIPKNOT also topped the Billboard chart with its latest album, 2014's ".5: The Gray Chapter". That effort sold 132,000 copies in its first week of release. 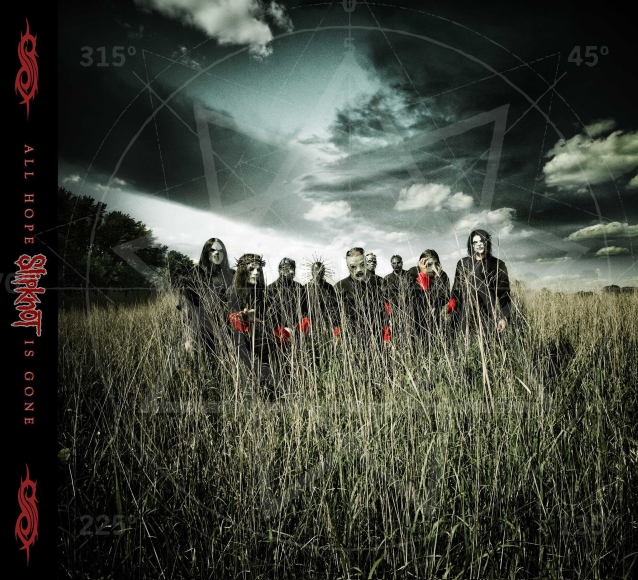