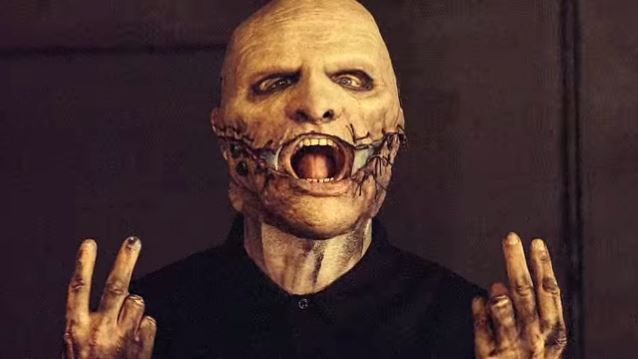 SLIPKNOT revealed its new masks and its new members — at least what they look like — in the video for "The Devil In I", the first single from the band's upcoming album, ".5: The Gray Chapter". The clip, directed by percussionist Shawn "Clown" Crahan, shows off the new headgear worn by the seven original members, while giving us brief glimpses of the band's new drummer and bassist, who are both wearing the same mask.

"With every album, some of us kind of us stick the same way and change it in subtle ways," SLIPKNOT singer Corey Taylor said during an appearance on "Corey Taylor Talks", Las Vegas' only show for teens hosted by actor and radio personality Corey Taylor (no relation). "People like me, Clown, Sid and a couple of others, we change ours drastically. Because, for me, the mask is a representation of the person on the inside, and nobody stays the same over time; that's my belief. So, for me, with every album, my mask has evolved and evolved and evolved, and so this one, specifically, is supposed to represent the person behind the mask, but then the person behind that person, which is one of the reasons why it's two pieces, and you can peel the one off, and it's still a representation… So it's almost like having two different faces, but it's the same person."

".5: The Gray Chapter" will arrive on October 21 via Roadrunner.

The band has not revealed the identity of either new member, but now new evidence has surfaced online that the man replacing late SLIPKNOT bassist Paul Gray is named Alessandro "Vman" Venturella. Venturella has served as a guitar tech for MASTODON, COHEED AND CAMBRIA and others, while also playing in the band KROKODIL.

Taylor told The Pulse Of Radio that SLIPKNOT wants to honor its past while also moving forward: "It's respect, but at the same time it's about healing the wounds, you know, and starting to take those steps forward, and it's about time for that."

".5: The Gray Chapter" is SLIPKNOT's first album without Gray, who passed away in 2010, and drummer Joey Jordison, who was dismissed last year.

The band will stage a two-day Knotfest event in San Bernardino, California in late October before kicking off its "Prepare For Hell" tour on October 29 in El Paso, Texas. 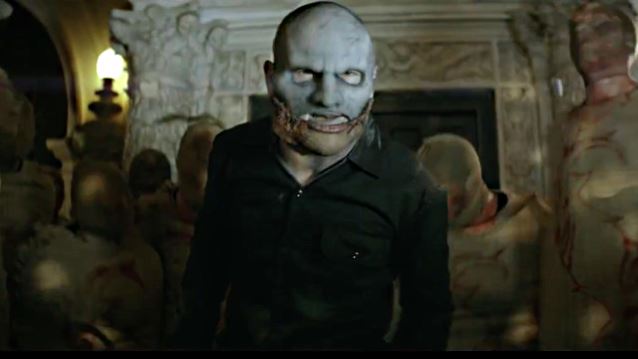