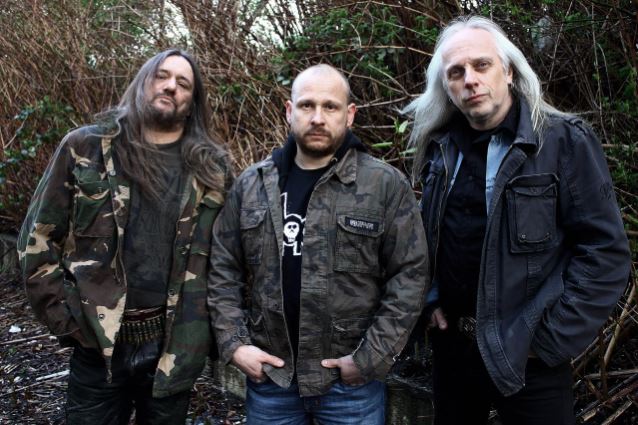 Bassist/vocalist Thomas "Angelripper" Such, guitarist Bernd "Bernemann" Kost and drummer Markus "Makka" Freiwald spent four months in the studio honing the new SODOM material. The result is a hard-as-nails, diverse thrash metal offering on the subject of D-Day, the day in June 1944 when the troops of the Western Allied forces landed in Normandy to liberate mainland Europe from the scourge of Nazi Germany. Songs such as "Belligerence", "Decision Day" and "Strange Lost World" present the SODOM frontman once more as a historically well-versed contemporary witness and critical observer of current international events.

The new release is bound to cause a stir, not least thanks to its impressive artwork courtesy of none other than Joe Petagno. As well as having worked for PINK FLOYD and LED ZEPPELIN, Petagno is also MOTÖRHEAD's favoured graphic designer and has created legendary album covers such as "Overkill", "Orgasmatron" and "Another Perfect Day". Angelripper states: "I was surprised and proud to learn how familiar Joe is with SODOM, immediately bringing up associations of our [gas-masked mascot] Knarrenheinz when we talked about the artwork. For a MOTÖRHEAD fan like myself, this cover is an absolute dream come true."

Adds Petagno: "After having spoken with Tom about the current state of world affairs and heard some brilliant tracks from the album, I wanted to visualize the history of man from the dawn of creation to the mess we have today. Firstly and rather obviously, it's World War 3. However on psychological and symbolic level, it's considerably more. I used Knarrenheinz as a symbol for the countless numbers who have soldiered on through the centuries in one guise or another just to get us here anno 2016 where we seem to be on the brink of another possible eruption." 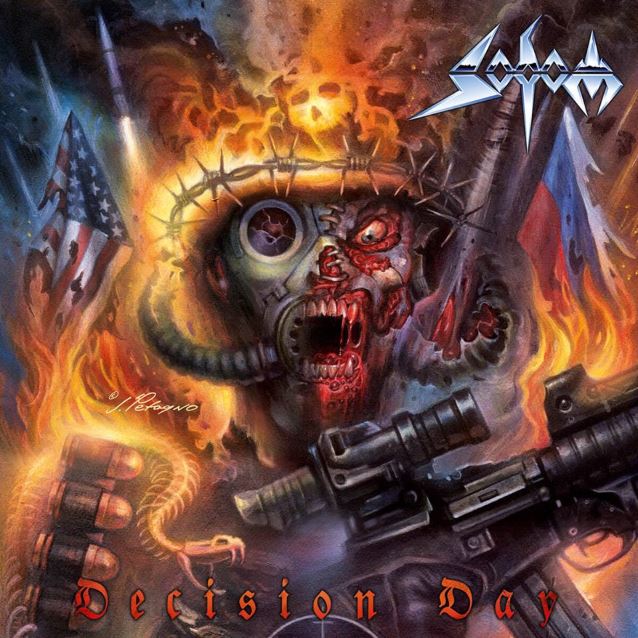