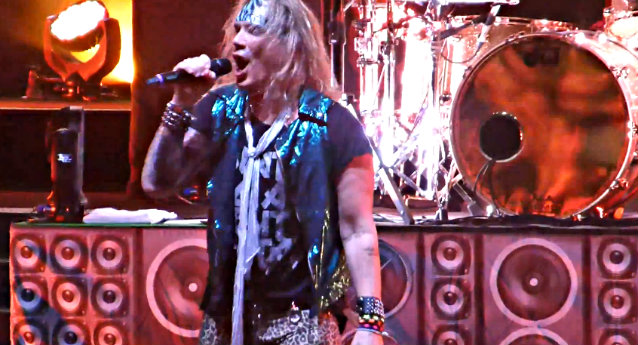 Fan-filmed video footage of Los Angeles jokesters STEEL PANTHER performing their new song "Gloryhole" live for the first time on December 7 in Brisbane, Australia can be seen below.