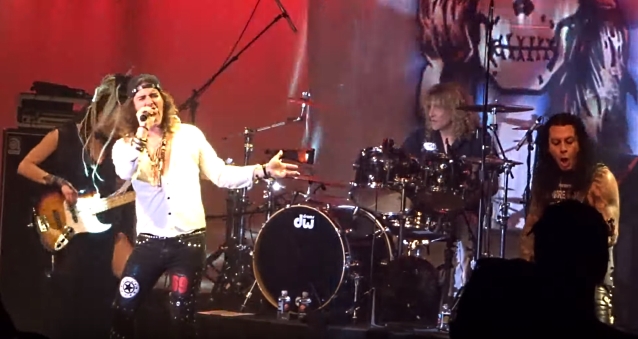 The Vegas concert marked Adler's first live appearance since he was hospitalized for a self-inflicted stab wound.