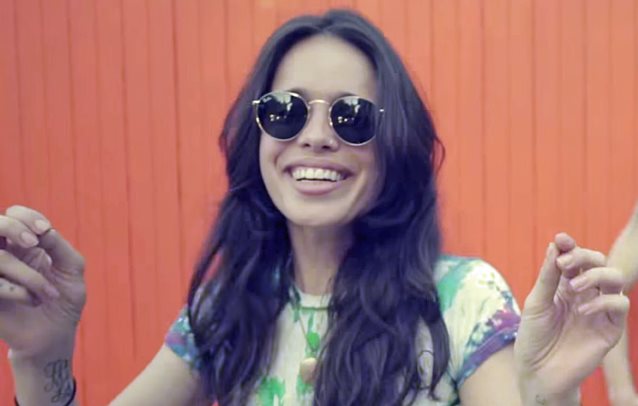 According to KBA.com, Hub Folding Box Company, Inc., an innovative leader and custom manufacturer of quality folding paperboard cartons headquartered in Mansfield, Massachusetts, was pleased to host acclaimed rock and roll singer Steven Tyler of the popular rock band AEROSMITH, on a recent visit to his family's folding carton facility. Tyler, who always enjoys stopping by to see the plant's latest equipment, was watching a press approval on Hub's new multi-color KBA Rapida 106 press for his daughter Chelsea's electronic-soul duo KANEHOLLER and its latest CD, titled "Vol. 3", the group's third EP. The KANEHOLLER CD has just been released and is available on iTunes. Tyler (pictured below) watched from the Rapida's press console as the job was produced.

KANEHOLLER consists of the 26-year-old Chelsea and her fiancé, Jon Foster.

Asked if having Steven Tyler as her father makes it easier or harder to create and write music, Chelsea told MySpace: "When I was younger, it felt harder. Not for any kind of big negative reason, I just didn't feel like it was my own thing, so I was less interested in it. I felt like my identity was already tangled up in 'Steven Tyler's daughter.' I needed to take time to develop my own thing. Now I can see that it helped more than hurt me, because I grew up on tour, around writing musician, in an atmosphere that engrained something in me that I'm only now tapping into. As far as him just being my dad, he's loving and supportive of all of it, and for that I'm very grateful." 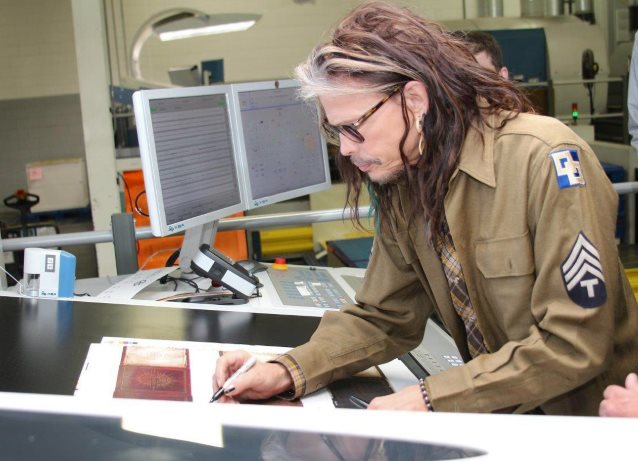