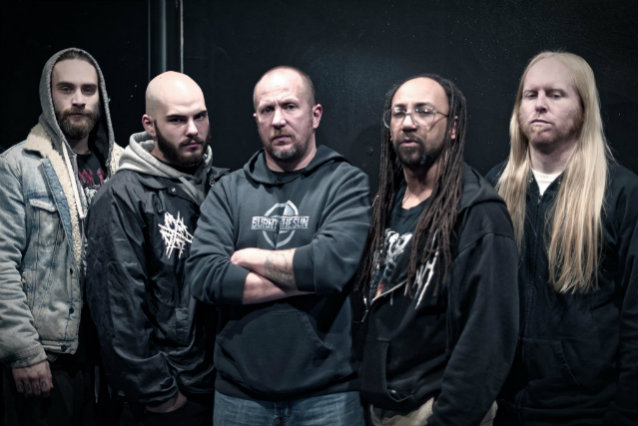 The official 360-degree visualizer video for the song "Your Last Breaths" from New York death metallers SUFFOCATION can be seen below. The track is taken from the band's upcoming album, "...Of The Dark Light", which will be released on June 9 via Nuclear Blast Records. The disc was produced by SUFFOCATION and tracked at Full Force Studios with longtime engineer Joe Cincotta (OBITUARY). Mixing and mastering was handled by world-renowned producer/engineer Chris "Zeuss" Harris (HATEBREED, ARSIS, SUICIDE SILENCE). Cover artwork was created by Colin Marks (ORIGIN, FLESHGOD APOCALYPSE, KATAKLYSM).

Comments founding guitarist Terrance Hobbs: "The moment we have been waiting for is here. Our new album, '...Of The Dark Light', will finally be released through Nuclear Blast on June 9, 2017! Over the last four-year period SUFFOCATION has taken its time to write this record and we couldn't be prouder. It is our most brutal record yet!

"SUFFOCATION worked through the end of 2016 to hash out and lay down the tracks at Full Force Studios with Joe Cincotta and once again enlisted Zeuss to bring this creation to life! Myself, Frank Mullen, Charles Errigo, Eric Morotti and Derek Boyer have all pushed the limit of what SUFFOCATION is and we hope you enjoy it!

"We also had the honor of having Colin Marks handling our artwork which is a new frontier for us and a different avenue and style to the traditional SUFFOCATION records. We also including some backup vocals from Kevin Muller (THE MERCILESS CONCEPT) which for us makes this album very unique! This will be our tenth studio release and we really hope you like '...Of The Dark Light'! Keep the grind alive and hope to see you on the road!"

"...Of The Dark Light" track listing:

01. Clarity Through Deprivation
02. The Warmth Within The Dark
03. Your Last Breaths
04. Return To The Abyss
05. The Violation
06. Of The Dark Light
07. Some Things Should Be Left Alone
08. Caught Between Two Worlds
09. Epitaph Of The Credulous

SUFFOCATION will embark on a U.S. tour with MORBID ANGEL and REVOCATION in late May. 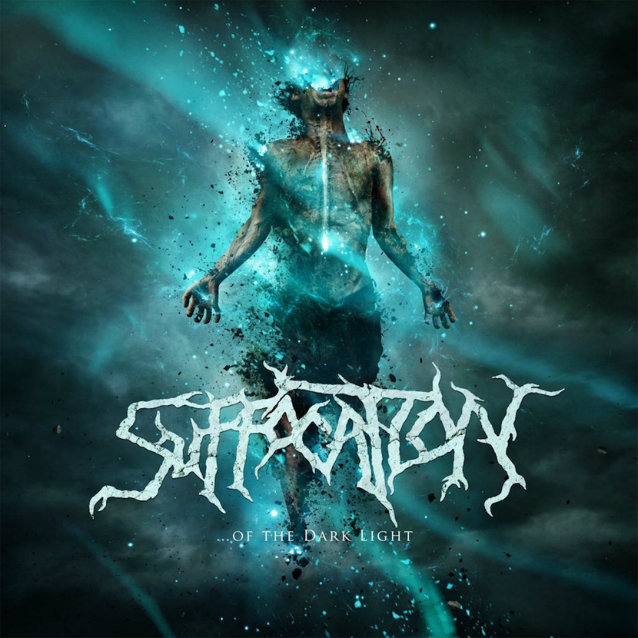