Commented the band: "After the mastering, we decided to add an extra title to the tracklist. The musical intro is now the first track called 'Darkening Age Rise'. It was first meant as only intro, but we made it a seperate track because it fits better with the concept of the CD. Although 'Nemesis Enforcer' is not a concept album, it just turned out that all the lyrics are all somehow connected and deal with the same topic: downfall of mankind and civilisation."

The cover artwork was created by Mottla Art from Austria and can be viewed below.

SUPREME PAIN will perform at this year's edition of the Obscene Extreme festival on Saturday, July 18 in Svojšice (near Pardubice),Czech Republic.

SUPREME PAIN's debut album, "Cadaver Pleasures", was released in April 2008 via the U.S. label Comatose Music. The drums for the CD were recorded at the Negligence Sound Studio in Slovenia, guitars and vocals at the Garden Shed Of Horror in The Netherlands. Mixing took place at Excess Studio in The Netherlands by Chris van der Valk and the album was mastered by Bob Moore at the Sound Lab Studios in the U.S. 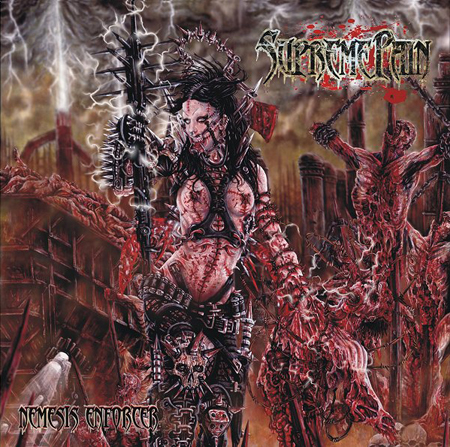 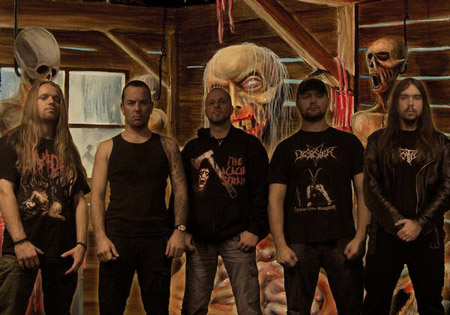