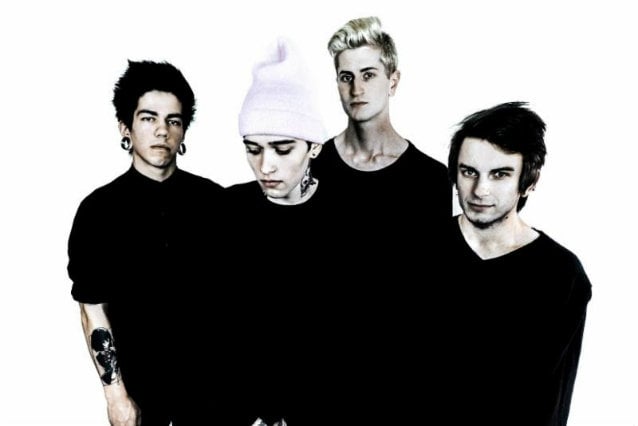 SWORN IN Signs To FEARLESS RECORDS

Fearless Records has announced the signing of Chicago's SWORN IN. The band is putting the finishing touches on its new album, due this summer.

"Over the course of the past year, we have remained quiet for good reason," says vocalist Tyler Dennen. "It's now time to begin shedding light on our silence, and the first thing we'd like to say is that, with genuine excitement and gratitude, we are ecstatic to announce that we have signed with the fantastic people at Fearless Records. The wait is drawing to a close, and we truly thank you all for your patience. You'll be hearing from us and seeing us much more this year."

Cultivating a strong concoction of abrasive, angry music and raw, unfiltered emotional honesty, Chicago's SWORN IN — composed of Tyler Dennen (vocals),Eugene Kamlyuk (guitar),Derek Bolman (bass) and Christopher George (drums) — have been playing their special brand of heavy music internationally for four years. In recording and through live performances, SWORN IN delivers an emotional outpour through words and with music to match that intensity. Since forming in 2011, the four-piece has toured with notable acts such as EMMURE, I SEE STARS, ESCAPE THE FATE and CROWN THE EMPIRE, among others. Priding themselves in musical complexity, they retain a level of accessibility while remaining digestible.

SWORN IN is currently touring as support to LIKE MOTHS TO FLAMES, with additional support from labelmates MY ENEMIES & I, COVER YOUR TRACKS and BACKWORDZ.

Find more on Sworn in