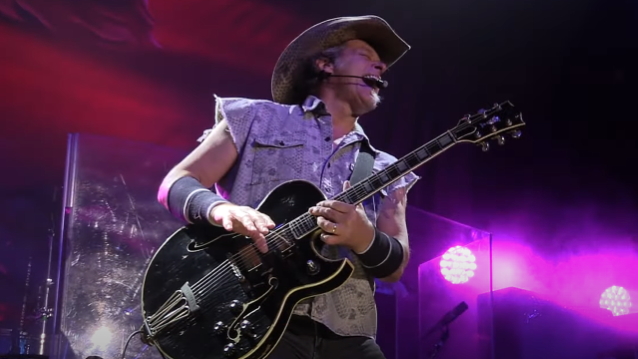 TED NUGENT: 'I Don't Write Songs; I Ejaculate Them'

In a new interview with "The Jeremy White Show", legendary rocker Ted Nugent spoke about how he goes about making fresh music. He said (as transcribed by BLABBERMOUTH.NET): "I am consumed with the creative process, but with me, it's really not a process.

"People always ask me, 'So, how do you go about writing a song?' And let me clarify: I've never 'written' a song; I've never sat down with pen and paper," he explained. "I always have a guitar handy. I play my guitar every day. And I don't write songs, I don't compose songs — I ejaculate them. I play my guitar and my hands find their home on the guitar… I'm a musical monster. I grab the guitar and shit explodes, flames come out of my ass because I am so pure. I have no baggage. I have no inhibitions.

"The best shit in life happens spontaneously when your instincts cause an occurrence," Ted added. "That's the best way to describe my songs. And I know some of my songs — 'Wango Tango' and some of the songs — are fun and cute and silly and crazy, but they're performed as if it's the lifeblood soundtrack."

Last month, Ted released the official lyric video for his new song "Come And Take It". The track will appear on Nugent's recently completed new studio album called "Detroit Muscle", which is due on April 29, 2022 via Pavement Music. The follow-up to 2018's "The Music Made Me Do It" was produced by Michael Lutz and Nugent and was recorded with Ted's current band, which includes bassist Greg Smith and drummer Jason Hartless.

Back in April, Nugent said that his next album would be titled "Handsome Devil" after a public compliment paid to him by former President Donald Trump, of whom Ted is an ardent supporter. 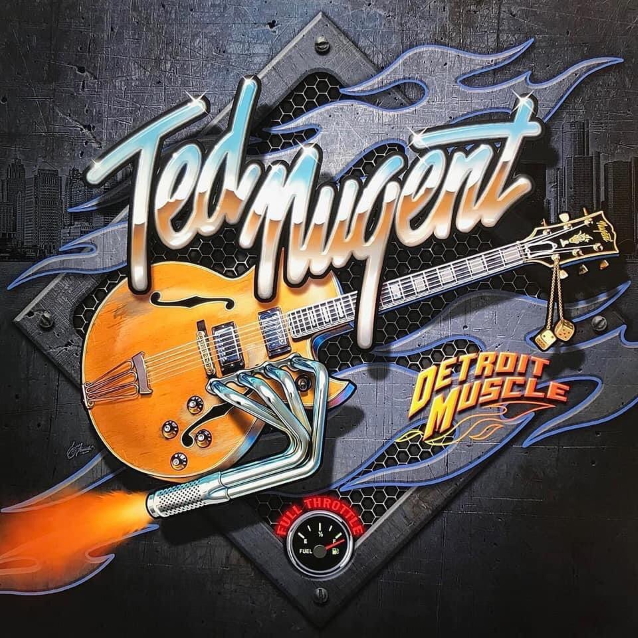