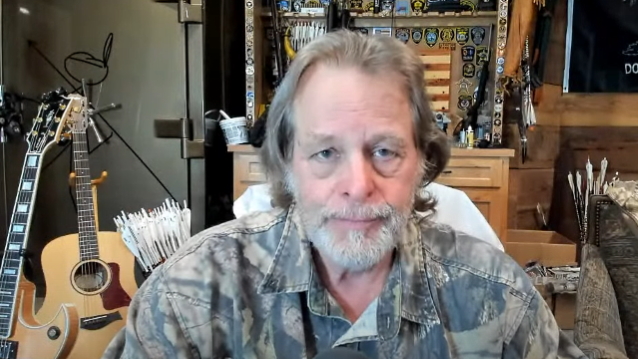 Ted Nugent has once again repeated the baseless conspiracy theory that the riot at the U.S. Capitol was orchestrated by undercover FBI agents, Antifa and Black Lives Matter.

Nugent discussed the Capitol riot fallout during a January 6, 2022 YouTube livestream marking the first anniversary of the tragic event. The outspoken conservative rocker said (as transcribed by BLABBERMOUTH.NET): "I think January 6th, 2021 was a gift from God to further emphasize and prove just how rotten to the core, terminally dishonest, treasonously criminal the Democrat party is, especially this devilpunk who thinks he's the commander in chief. Are you listening and watching this monster of an America-hating, freedom-hating prick? Are you watching and listening to this guy? 'Well, that's awfully harsh, Ted.' Yes, it is extremely harsh because there are no gentle or civil terms to use to describe Joe Biden or Kamala Harris or, quite honestly, anybody in government right now.