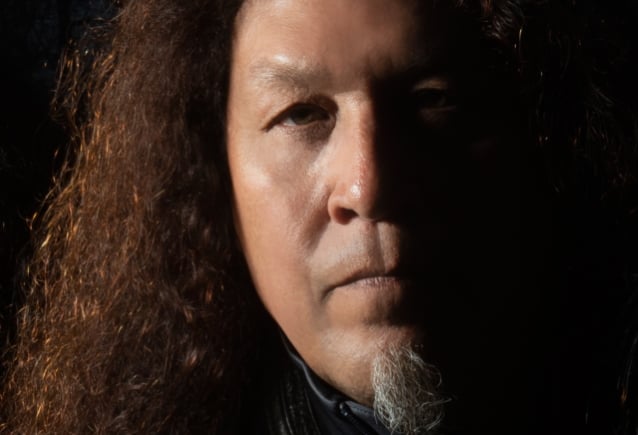 In a new interview with La Mesa Del Metal, TESTAMENT singer Chuck Billy spoke about how he and his bandmates have been staying busy during the coronavirus pandemic. He said (transcribed by BLABBERMOUTH.NET): "We're maybe working on some new music. We might as well start writing another record."

Adding that fans can probably expect to hear a new TESTAMENT album "in the next year," Billy, who was the first metal musician to go public with his COVID-19 diagnosis back in March 2020, said: "We're working on new music now, but it all depends how fast we all get it done. Right now we don't have shows until April [of 2022], so we have a lot of time now to start really working on it.

"We never try to rush," he explained. "We wanna make sure it's right, it's perfect and the right time [to put it out]. We wanna make sure the fans that get our music have good records and strong songs. So we can start writing songs now, but if we're not happy yet, we're, like, 'Okay, it's not ready yet.' Let's keep molding it a little bit more and changing it and fixing it and coming up with new ideas until we go, 'Okay. That's good. That's a song now. That feels really good.'

"Like [last year's] 'Titans Of Creation' [album], all those songs, they're all not the same time," he added. "They all have different life and different feelings when you listen to 'em. But they all are strong on their own, by themselves. So we wanna make sure that when you put on a song from a TESTAMENT record, you go, 'Oh, I know that's TESTAMENT. I can tell that's TESTAMENT.' But I don't want it to be, like, 'Oh, that's that record,' or, 'That feels like this record.' I want it to be, like, they all are strong. I want [fans] to enjoy listening to a whole record and not just pick out a certain couple of songs."

"Titans Of Creation" came out in April 2020 via Nuclear Blast. The disc was produced by Billy and guitarist Eric Peterson, while Juan Urteaga of Trident Studios handled co-producing, recording and engineering. Andy Sneap was responsible for the mixing and mastering of the album. Eliran Kantor stepped up once again to create new artwork for the cover of this release.

The North American leg of "The Bay Strikes Back Tour" was originally scheduled to kick off on October 6 at the Fremont Theater in San Luis Obispo, California and make stops in Austin, New York, and Detroit before concluding on November 27 at The Fox in Oakland, California. The trek has since been rescheduled for April and May 2022.