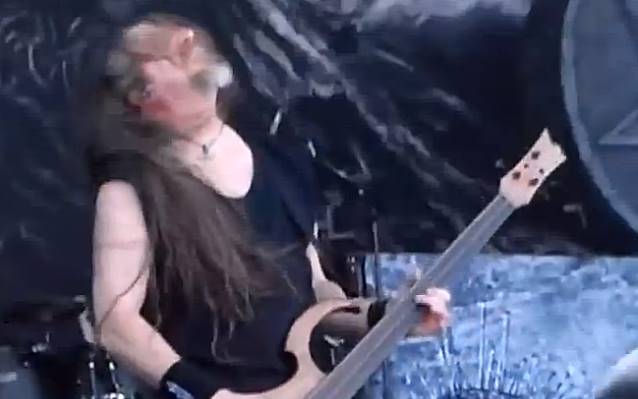 Metal Wani recently conducted an interview with bassist Steve DiGiorgio of San Francisco Bay Area metallers TESTAMENT. You can now listen to the chat in the YouTube clip below.

TESTAMENT's recent tour of Australia was the band's first with DiGiorgio (SADUS, DEATH, ICED EARTH),who rejoined the band in January.

TESTAMENT in January announced the departure of bassist Greg Christian.