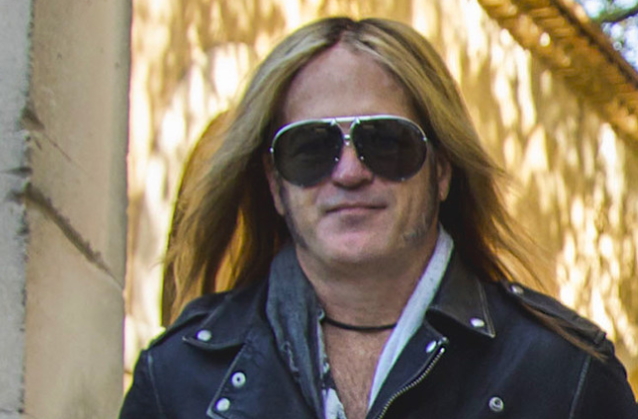 THE DEAD DAISIES guitarist Doug Aldrich has voiced his support for both the protesters and the police in the wake of George Floyd demonstrations across the U.S.

The protests erupted after the Memorial Day killing of Floyd, an unarmed black man who died after a Minneapolis police officer pinned his neck to the ground with his knee for nearly nine minutes. In the weeks that followed, the "Black Lives Matter" movement has gone mainstream and has begun resonating with wider calls to address racism from Australia to Europe.

In a new interview with Scott Hamilton of Rockfile Radio, Aldrich stated about the ongoing fall-out from the Floyd killing (see video below): "I'm all for people protesting, and I definitely support 'Black Lives Matters.' … And hopefully there'll be some positive change that happens sooner than later… The protesting, unfortunately, turns ugly sometimes, but it takes protesting to get the word out, I guess.

"Look, I support the police — I'm so thankful for the police — but there are some bad cops, just like there's some bad whatever, and they need to be taken out," he continued.

"The thing is it's a stressful job, and some of the bad apples maybe, deep inside, just need help, and so we've gotta find a way to do that. But overall, and generally, I support the police a hundred percent. I'm thankful for them protecting us, and the fire department — these guys are heroes."

This past April, THE DEAD DAISIES released their new single "Unspoken", the first song and video to land from their forthcoming LP, "Holy Ground".

"Holy Ground" is due later in the year via Spinefarm Records. The disc was recorded at La Fabrique Studios in the south of France with producer Ben Grosse. The follow-up to 2018's "Burn It Down" will be the band's first to feature Glenn Hughes (DEEP PURPLE, BLACK COUNTRY COMMUNION),who joined the group last year as its new bassist and vocalist, replacing John Corabi (MÖTLEY CRÜE) and Marco Mendoza (THIN LIZZY).