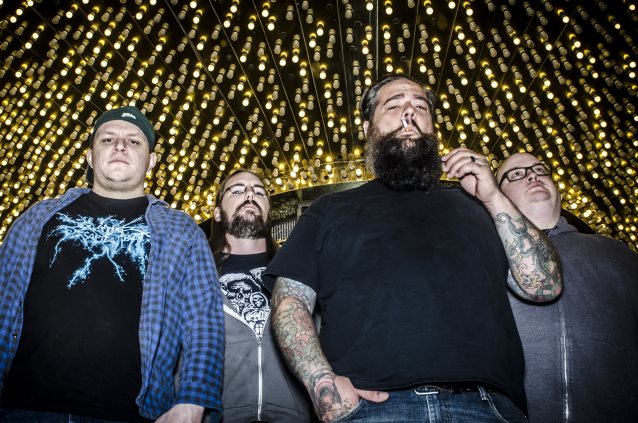 Las Vegas band THE FAT DUKES OF FUCK has released the music video for the songs "Kodiak Arrest" and "Promise Keepers". Both tracks are taken from the group's upcoming album, titled "A Compendium Of Desperation, Morality And Dick Jokes", which will be released on August 25.

MELVINS, THE JESUS LIZARD, QUI and DEMON LUNG members all perform on, and participated in the making of "A Compendium Of Desperation, Morality And Dick Jokes", which was recorded by production team the Deaf Nephews, a.k.a. Dale Crover of the MELVINS and Toshi Kasai (QUI, MELVINS, BIG BUSINESS),at Sound Of Sirens Studios in Los Angeles.

THE FAT DUKES OF FUCK vocalist and band co-founder Brent Lynch states about the clip: "This video is actually two songs but we liked the way they sounded together, so we made the video for both of them with some fun noise in between.

"The 'Kodiak Arrest' part features Dale Crover and Jeremy [Brenton, THE FAT DUKES OF FUCK drummer] simultaneously on drums. Isn't that fun? The 'Promise Keepers' part also features Dale along with David Yow and the boys from QUI all doing a bit of vocals. The demo version of this tune has Brent doing the middle talking part, but from the beginning we all thought the part needed David Yow. Imagine our surprise when he agreed to do it.

"The video was shot in Sound Of Sirens Studios while recording and features all the fellas mentioned above.

"The song is very loosely based on…you guessed it, The Promise Keepers.

"The Promise Keepers' mission has been to ignite and unite men to become warriors who will change their world through living out the Seven Promises. It's God Shit."

Formed in 2005, THE FAT DUKES OF FUCK has released 2012's "Honey From The Lips Of An Angel" plus two splits and a handful of EPs and has played hundreds of shows in and around Las Vegas with acts like CROWBAR, WHORES, EARLYMAN, HELMS ALEE, MOS GENERATOR and THE MENTORS.

Lynch stated about the making of "A Compendium Of Desperation, Morality And Dick Jokes": "This album was written in a small sweaty room a few years back. We enlisted the help of the Deaf Nephews to record and help tweak the weirdness of it. It's a bit darker than our previous records.

"Toshi and Dale both make appearances by way of voice or instrument on almost every track. We were able to convince David Yow to lend his voice to one track. He also did all the artwork and drank a few of our beers. Our friends Matt and Paul from QUI help out with a ton of the backup vocals as well. When those two sing together, it almost makes us cry, but then we remember we are big strong men and push down our emotions like our fathers taught us.

"Making this album made a lot of our teenage dreams (and adult dreams) come true. We had a lot of fun making it and we hope there are at least a few assholes out there who will enjoy listening to it."

THE FAT DUKES OF FUCK is Brent Lynch on vocals, Jarrod Miller on guitar, Jason Lamb on bass and Jeremy Brenton on drums.

"A Compendium Of Desperation, Morality And Dick Jokes" track listing:

01. A Compendium Of Desperation, Morality And Dick Jokes
02. Whiskey And Bath Water
03. Mother Of Rhea Pearlman
04. Full Metal Jack Off
05. Side By Side
06. Where Assholes Come To Die
07. Tasteful Ray
08. No Single Men
09. Laughlin Longhorn Suicide Fuck
10. Kodiak Arrest
11. The Monotonous Adventures Of A Hopeaholic
12. Promise Keepers
13. I'll Tell You When It Hurts

"A Compendium Of Desperation, Morality And Dick Jokes" is available for preorder from THE FAT DUKES OF FUCKBandcamp page. 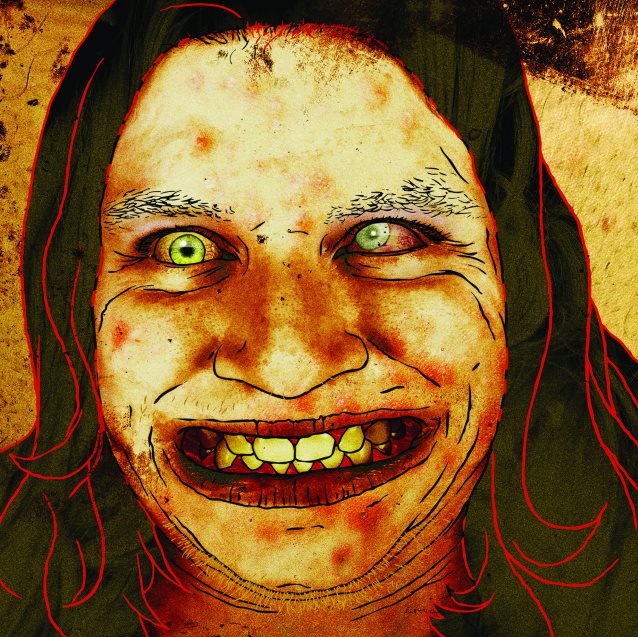