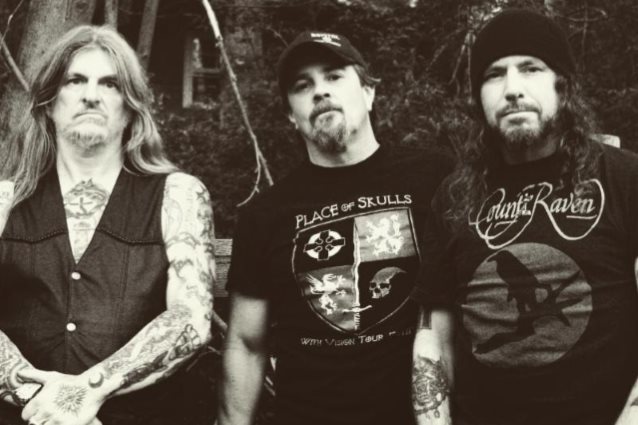 THE OBSESSED: Listen To Demo Version Of New Song 'Be The Night'

A demo version of the new song "Be The Night" from the reactivated THE OBSESSED, one of the early BLACK SABBATH-influenced doom metal bands on the American continent, can be streamed below. The track will appear on THE OBSESSED's forthcoming studio album, which will be recorded this summer and released in the fall via Relapse.

Weinrich commented on THE OBSESSED's new record deal and the band's reformation: "The time is now for rebirth of THE OBSESSED. Fueled with the anger, wisdom and energy of all things past, this monumental achievement is the culmination of many years of dogged determination and the belief in the music.

"This music that we and many others find healing and inspirational. At last it sees the light, uncompromising and laden with passion and intensity that we'll immortalize on our new album.

"We're happy to officially announce our signing with Relapse Records. They also believe in the music and are very understanding of our integrity, vision and aspirations.

"On tour right now in the USA, we are celebrating this experience with glorious sound. Join us on this golden road. Thanks to all who believe!"

THE OBSESSED is in the middle of a near-month-long U.S. tour with support from THE ATOMIC BITCHWAX and KARMA TO BURN.